The Central Bank of Nigeria (CBN) has disclosed that the sum of N35 billion has so far been disbursed to local fertilizers producers in the country since 2017 under the Presidential fertilizer initiative. 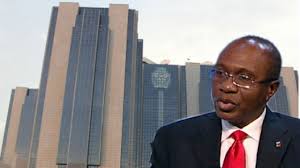 The CBN further revealed in its financial stability report for 2018 that it has also created additional windows to widen the doors for more Small Medium Enterprises owners to access funds from lending institutions.

It also said that N25 billion and N10 billion was released in 2017 and 2018 respectively to the manufacturers to boost the production of fertilizers for adequacy for farmers to use during planting seasons.

The CBN said, “The federal government of Nigeria (FGN) Special Presidential Fertilizer Initiative was introduced in 2017 to increase the production of fertilizer by local blending plants with a view to making the product more affordable to Nigerian farmers.

“In the review period, the sum of N10 billion was released to one project, bringing the cumulative amount released since inception to N35 billion.”

The disbursement of these funds by the apex bank under the directive from the presidency was part of government’s initiative in revolutionizing the agriculture sector in the country and to ease farmers’ burden of buying imported fertilizers at a high cost to buy at subsidized rates.

In widening the door to accommodate more funds for the real sector, the apex bank strategized another initiative by adding more windows of opportunities for SME’s for easy access to finance.

It further revealed that the RSSF disbursed N38.09 billion to finance four projects compared with N23.91 billion for five projects within the first half of 2019.

It added, “Total disbursement stood at N115.51 billion since inception, the sum of N4.95 billion was repaid in the second quarter of 2018, giving cumulative repayments to N6.63 billion.

“The windows were established to enhance the flow of long-term credit for the real sector, targeting the manufacturing, agriculture and other employment-and-growth-stimulating sectors. Emphasis was on projects with high backward integration and import substitution potential.”

The apex bank also added that the introduction of Agri-business/Small and Medium Enterprises Investment Scheme in 2018 backed up by debt and equity components was initiated for players in the scheme to have access to finance their businesses.

Meanwhile, according to the apex bank, about 162 business owners who registered under the scheme has so far have accessed N343 million at the beginning of the second quarter in 2018.

It added that it has sponsored 11 projects under the scheme which gulped N159.98 million cumulatively during the review period.

Similarly, this can be witnessed in the small fraction of repayable loans by the business owners. The apex bank said that N12 million has so far been repaid from 34 projects it has sponsored.