Godwin Emefiele, the central bank governor made the disclosure  at a press briefing following the end of the monetary policy committee meeting held on Tuesday 24th, 2023 at the CBN headquarters in Abuja. 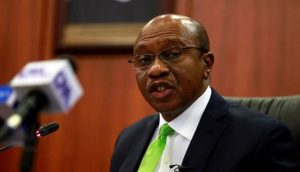 The monetary policy rate (MPR) is the baseline interest rate in an economy, intent on cushioning the effects of the country’s inflation rate and restoring investor sentiment.

Though the country’s inflation rate dropped to 21.34 per cent, its first time dip in 11 months, the apex bank has maintained its hawkish rate policy since May 2022.

The committee had in May 2022, and for the first time since September 2020, increased MPR by 150 basis points from 11.5 per cent to 13 per cent. In its following meeting in July 2022, the MPC  raised the MPR by 100 basis points to 14 per cent. The July increase represented the second consecutive hike in the MPR within two months.

An aggressive move to fight the surging inflation saw the CBN raise the MPR to 15.5 per cent in September. The benchmark interest rate was further increased by 100 basic points to 16.5 per cent in November, its highest level since 2001.