The highlight of the decisions of the Monetary Policy Committee (MPC) of the Central Bank of Nigeria (CBN) at its meeting held on July 18 and 19, 2022, was the raising of the Monetary Policy Rate (MPR) from 13 percent to 14 percent; a month earlier, it had raised the rate from 11.5 percent to 13 percent: essentially in an effort to tame or check the ‘rampaging’ rate of inflation that has practically gone haywire, rising from 15.6 percent in January 2022 to 18.6 percent in June 2022 – the highest level since January 2017.

MPR is the interest rate at which CBN lends to commercial banks; it therefore serves as a benchmark against which other lending rates in the economy are pegged. A raised MPR signals to commercial banks to accordingly hike their interest rates on loans/advances to their customers, and vice versa. The MPR, therefore, is a key monetary policy instrument, and its alteration (or manipulation) is usually targeted at influencing some macroeconomic variables, including the rate of inflation. 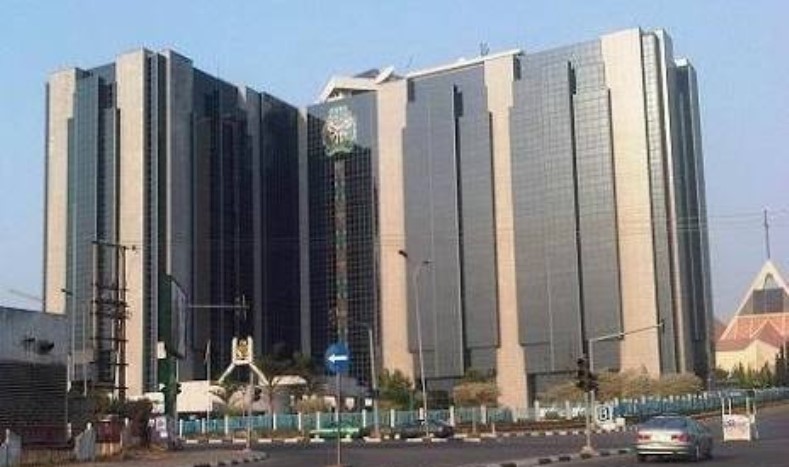 In the face of the ‘rampaging’ inflation in recent times, therefore, the CBN hardly had any other choice than resort to the hiking of the MPR – as the magic wand to tame (the rising Consumer Price Index, CPI) inflation. Acknowledging this challenge in its communique, the MPC said, “the Committee noted with concern the persisting uptick in headline inflation…this continued increase in inflation was driven by increases in both the core and food components…the considerable rise in core inflation resulted largely from the rising cost of production due to high energy prices associated with the persistent disruptions to power supply, hike in electricity tariff, continued scarcity of Premium Motor Spirit (PMS), and rising price of Automotive Gas Oil (AGO).” The committee, however, expressed confidence in the CBN’s sustained intervention programmes, noting that inflation is expected to abate as food supply improves and the fiscal authority sustains its efforts to tame the legacy structural challenges which put upward pressure on domestic price levels.

It must be noted, however, that the MPC’s confidence that inflation could abate in the near future is completely unfounded. In point of fact, the monetary authority’s inflation target has been a high single digit level of seven to nine percent; but today the rate is already at more than twice the target. Indeed, at no time in recent memory has the inflation rate hit single digit, yet, optimistic projections are being bandied around. The point must be made that not many economic agents share the optimism of the apex bank – given the persistent rise in inflation rate and its scorching effect on the polity. It must also be put on record that the causes or drivers of the rate of inflation are almost entirely beyond the purview or grip of the CBN.

Unsurprisingly, the MPC’s communique did mention, though in passing, the ravaging and lingering insecurity in the land – and this is one of the major drivers of inflation rate and uncertainty in Nigeria. The truth is that Nigeria and Nigerians are facing an existential threat, such that existing and potential investors are scared stiff. Huge potential investments are either withheld or diverted elsewhere, and many existing businesses have either packed up or relocated outside the country. In this milieu, the entities at which the altered MPR are targeted are really endangered species – buffeted all round by a myriad of challenges. There are hardly any new businesses, business expansion nor products diversification to warrant massive loan requests in volumes or value to significantly impact the economy. If anything, business entities are focusing more on ‘survival strategies’ in the persisting adverse environment. Only the government dominates the credit scene!

Today, even as the apex bank might be ‘beating its chest’ for swiftly pulling the country out of two recessions in four years (2016 and 2020), the threat of another recession is palpable. The fiscal ‘recklessness’ of the government of the day which reflects in part on practically endless resort to ‘Ways and Means’ financing is obviously beyond the control of the CBN itself. Despite the alarms and alerts of the multilateral funding institutions like the World Bank and the International Monetary Fund (IMF) to the dangers of the ‘incestuous’ borrowing from the apex bank, the Nigerian government exceeded all known boundaries in ‘borrowing’ from the Central Bank.

In the face of all these, what can the apex bank do to curtail the dangerously high borrowing propensity of the Federal Government? Indeed, in recent times, it has become difficult or very costly for the government to borrow, especially via Eurobond issuance. This is because the servicing of existing huge loans and country risk profile are already becoming counterproductive to the economic health of the country.

Coincidentally, an available report is already showing that the cost of servicing debt has surpassed the Federal Government’s retained revenue – by as much as 310 billion Naira in the first four months of this year. According to the Federal Government’s 2022 fiscal performance report (January to April 2022), its total revenue for the period was N1.63 trillion, while debt service gulped N1.94 trillion. Minister of Finance, Budget and National Planning, Zainab Ahmed, who released these figures in Abuja, said “urgent action is required to address revenue underperformance and expenditure (in)efficiency at the national and subnational levels.”

It is also pertinent to ask: as the CBN is raising the MPR to tame inflation, what becomes of the unfathomable havoc being done by the effectuation of the fuel subsidy? From a mere N434 billion budgeted for the subsidy early in the year, the incubus now gulps up to N5 trillion. Minister Zainab Ahmed has also said the Federal Government would make provision for fuel subsidy to the tune of N6.72 trillion in its 2023 Appropriation Bill. She stated this during the 2023—2025 Medium Term Expenditure Framework and Fiscal Strategic Paper (MTEF and FSP) public consultation in Abuja. Mrs Ahmed said the N3.09 trillion deficit in the Federal Government’s budget implementation between January and April underscored the subsisting fiscal challenges. She also announced that the Nigerian National Petroleum Company Ltd, which had funded the fuel subsidy until last month, would henceforth leave that responsibility to the Federation, stressing that this would even create a greater strain on the fiscal position of the Federal Government. She described the fuel subsidy as “unsustainable.”

While this ineluctable danger looms, the CBN is also in no position to predict how long or the dimensions the Ukraine war would take, nor the magnitude and impact of the ‘punitive’ measures the US and its allies are taking against the ‘aggressor’—Russia. Already the disruptions and distortions the war is causing to supply chains and global trade generally are fast spilling over into Nigeria. MPR is, for sure, no instrument to address these deleterious impacts. Of course, one of the obvious effects of the war has been the spike in the prices of crude oil in the international market – a development that would have favoured Nigeria as an oil producing/exporting country.

Unfortunately, the expected windfall has turned into a ‘curse’, given the country’s peculiarities. It has been unable to produce/export up to the quota allocated to it by the Organisation of Petroleum Exporting Countries (OPEC) of which it is a key member, owing to motley issues including the worrisome spate of oil theft, vandalism on oil facilities and wilful sabotage. The self-inflicted importation of all refined petroleum products (and closure of government-owned refineries) at high and rising ‘landing costs’ is also ‘fouling’ the economy to no end. In this regard, the MPC merely said: “the considerable rise in core inflation resulted largely from the rising cost of production due to high energy prices associated with the persistent disruptions to power supply, hike in electricity tariff, continued scarcity of Premium Motor Spirit (PMS), and rising price of Automotive Gas Oil (AGO).”

How the apex bank intends to address these very serious issues with tight monetary policy, using MPR as an arrowhead is yet to be seen. Granted, the CBN is trying to be seen as reacting to so many domestic and external headwinds that are outside its purview, MPR raising per se, cannot tame inflation one bit. The monetary authority must be told without mincing words that most fiscal measures of the federal government at this point in time are rather counteractive to its monetary stance. Alas, the CBN’s lone ubiquity or omnipresence can only attract sympathy even as the economy keeps wobbling.

Marcel Okeke, a practising economist and consultant in Business Strategy & Sustainability based in Lagos, is a former Chief Economist at Zenith Bank Plc. He can be reached at: obioraokeke2000@yahoo.com; +2348033075697 (text only)
business a.m. commits to publishing a diversity of views, opinions and comments. It, therefore, welcomes your reaction to this and any of our articles via email: comment@businessamlive.com
Businessamlive Website Stats