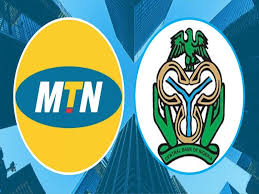 MTN Nigeria is now to pay $52.6 million only for the illegal remittanceson preference shares issued in 2008, in settlement of the $8.1 billion foreign exchange repatriation dispute, the Central Bank of Nigeria has said.
The CBN explained that having now reviewed the additional documentation provided by the telecpm company MTN is no longer required to reverse the historical dividend payments made to MTN Nigeria shareholders.
The African telecoms giant and the CBN, in separate statements issued on Monday, said that the agreement was reached after several intensive engagements in Lagos.
MTN said the settlement was based on the realisation that certain Certificates of Capital Importation utilised in some private placement shares of about $1bn in 2008 were not properly issued as the company only got approval-in-principle from the CBN.
“The CBN instructed MTN Nigeria to implement a notional reversal of the 2008 private placement of shares in MTN Nigeria at a net cost of circa N19.2bn – equivalent to $52.6m,” the telecoms company said.
“MTN Nigeria and the CBN have agreed that they will resolve the matter on the basis that MTN Nigeria will pay the notional reversal amount without admission of liability.”
The CBN in its statement signed by Isaac Okorafor , director, Corporate Communications, read in part, “The parties have resolved that execution of the terms of the agreement will lead to amicable disposal of the pending legal suit between the parties and final resolution of the matter.
“The CBN assures foreign investors that the integrity of the CCIs issued by authorised dealers remains sacrosanct. Potential investors are encouraged to take advantage of the enormous investment opportunities that abound within Nigeria.”
The two parties said they would continue discussions in relation to the issues dealt with in the resolution agreement.
The network provider explained that the regulator reviewed additional documents it presented and it was resolved that the telco was no longer required “to reverse the historical dividend payments made to MTN Nigeria shareholders.”
As part of the agreement, MTN said, “The CBN will regularise all the CCIs issued on the investment by shareholders of MTN Nigeria of circa $402,625,419 without regard to any historical disputes relating to those CCIs, thereby bringing to a final resolution all incidental disputes arising from this matter.”
Regarding the MTN/Accountant General of Federation dispute on back taxes, MTN informed its shareholders that the legal process it initiated, seeking the restraining of the AGF from taking further action, was ongoing.
MTN Nigeria maintained its innocence on the $2.1bn tax allegation, saying no additional payment, as claimed by the AGF, was due.
The AGF matter came up for initial mention before the Federal High Court of Nigeria Lagos Judicial Division on November 8, 2018, and has been adjourned to February 7, 2019.
It added that the suit had been adjourned to February 7, 2019 in the Federal High Court, Ikoyi.
The CBN in late August had alleged that MTN and four of its banks – Standard Chartered Plc, Citigroup Inc., Stanbic IBTC Plc and Diamond Bank Plc – illegally repatriated $8.1bn from Nigeria while the office of the Attorney General claimed the company failed to remit $2bn back taxes.
The CBN also imposed a total fine of N5.87bn on the four banks for allegedly remitting dividends with irregular CCIs on behalf of MTN Nigeria between 2007 and 2015.