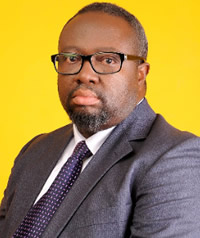 Nevertheless, that argument without appropriate qualifications may oversimplify the reality of prosperity creation. The relative impact of individual actions cannot effectively supplant the highly impactful synergistic roles and preferences of institutions and big business organizations and governments in shaping policies that cause prosperity to occur. Primarily, high levels of interconnectivity and interdependence of other stakeholders focused on the achievement of their economic interests best enhance success and well-being.

This prosperity co-creation by stakeholders, namely organizations, governments, big businesses is a universal reality. For instance, the government is undebatably the single most crucial factor in the national prosperity creation debate. Regardless of the millions of individual economic actors working differently and exchanging their services and products for the benefit of all, they nevertheless need the government to create an environment that enables their sustained success. Other critical actors comprise many medium and large-sized businesses as well as trade unions and professional organizations that influence the scale and direction of broad economic activities and government policies.

These actors affect the organization, quantum and nature of production by the kind of decisions they make and implement. The quality and effectiveness of the relationship they maintain with the government impact the expected prosperity outcomes. There is also the finance providers such as the banks and capital market operators which facilitate and affect the provision of funds necessary for production and the creation of wealth.

At the intellectual and technological frontiers are various universities and research institutes in addition to the international development organizations that not only provide funding to the but also influence the thought process and the intellectual direction of the leadership of various countries in Africa.

The expected prosperity-creating interdependence among economic actors in Africa rarely exists, at a robustly high level. For example, not much of the symbiosis that should ideally take place between the University and the business community exists.

There is also very poor interconnectivity between regulators of markets and trade unions. The list of expected interconnectedness is endless. The government must act as an entrepreneur. And so should
the universities and the regulators and the trade unions. It is that spirit that will uplift the mindset of
entrepreneurship that will make governments, regulators, associations, universities, research institutes, for instance, to improve on the quantum of their pro-market programs, policies and designs.

This interaction among the actors will be most useful in the way they contribute to dealing with market limitations on the continent. We face severe challenges of public goods provision. Infrastructure limitations are a significant continental drawback to achieving price competitiveness in manufacturing production.

More than 70% of the countries in the world with the worst set of infrastructure are in Africa. Unfortunately, we cannot satisfactorily rely on the market acting spontaneously to satisfy this deficiency.

The governments, the investment and development banks, must also collaborate to deliver the continent
from this challenge. More than any other solution to the many market imperfections is the provision of
public goods. Achieving this feat alone will considerably resolve other hiccups to production and demand that the continent faces.

More than any other factor, it will enable the continent to tap into the value chains in areas it possesses natural resource advantages. Good transport infrastructure, for instance, will create the needed linkages between rural agricultural producers and their urban and semi-urban aggregators. It will also spur increased bouts of backward integrations and enhanced investments in agricultural production.

Interdependent benefits can be endless. It is the same with electricity as it is with proper education and health infrastructure. Investment banks in Africa also have a primary leadership role to play in dealing with the challenge of public goods provision.

Unfortunately, the regulatory environment in many states of the continent dwarfs the capacity of these investment banks to perform this role successfully. Sometimes the continental regulators are overwhelmed with the everincreasing dynamic complexity of the manufactured products and instruments. Such perception of complexity understandably affects the ease of approval of many created products and financial instruments by the regulatory authorities.

Perhaps, that explains the slow growth of the derivatives market in Africa. Be that as it may, investment banks in Africa still have an enormous window to intervene in the provision of public goods. They have abandoned much of their long-term capitalproviding responsibilities to commercial banks that are incredibly short-term. Indeed, while we expect that government has some crucial duty in the provision of some public goods, the investment banks are also expected to champion the private provision of several other public goods from roads to electricity; and other infrastructure.

The lesson is that both the government, the investment banks, the regulators and the financial institutions, manufacturers and a whole lot of independent players in the market must work in a coordinated manner to deliver the public goods that the continent needs.

But it is not the market alone. Many perceived failures of the market are indeed the manifestation of the gross failures of many African governments. The signposts of government failure in the region are replete. Grandiose failures in such critical sectors as education and health in many States are good examples.

Inadequate levels of accountability and invariably poor economic performance by many governments equally attest to these failures. Many African governments also exercise little control over many territories within their legitimately earmarked boundaries. Nigeria is a good case in mind. Islamic insurgents controlled significant parts of the expansive Sambisa forest and local government areas within those boundaries. The poorly articulated and implemented electoral processes also magnify these failures.

Older brigade politicians with lots of money continue to wreak great havoc on both the internal party
democracy as well as actual elections. Ethnic and cultural inequalities also pervade the system within
which African governments operate and are in turn encouraged by those in government. Several
burdensome regulations and fiscal obstacles frustrate enterprises from operating profitably. Finally,
is the fear by many African governments to pursue available but bold policies which may not go down
well with many international development agencies and donor countries.

The relevance of the government in this systems model of prosperity goes beyond the classical provision of a conducive environment for doing business. It goes beyond ensuring that today’s security of lives and property.

Government is an active player in the entrepreneurship model that should ultimately yield prosperity. That understanding is primary in making it accountable. A government that cannot effectively deliver on its performance promises and cannot account for the journey it has made to deliver on those promises has catastrophically failed. This thread of failures is a familiar story among African governments.

Therefore, as is wellknown in economic textbooks and practice, governments tools of taxation, as well as its access to commonly-owned financial and other resources, make it a critical player and one that must not fail.

The complexity of the issue of government failures in Africa also confounds the approach to dealing with it effectively. The privatization of many of the enterprises that present opportunities for defrauding the state by government officials are one. Considerable shrinkage in the size of government is another. But there are
at least three most fundamental failure sources whose resolutions may substantially reduce the failure syndrome. The first is the issue of accountability and transparency by those in government.

The second is the authentic independence of the judiciary and the central bank. Many African countries seem to have performed well in this regards. The wholeness of such claimed autonomy is questionable in more than 50% of these countries. The third is helping those with political authorities to reason like entrepreneurs and design policies based on the pursuit of benefits to individual citizens, corporates as well as other stakeholders in their countries.

In addition to many other possible solutions is the inclusion of civic education and patriotic activism in the curriculum of students at all levels, starting from kindergarten to university levels. That approach will help in quickly sensitizing citizens on their rights as well as how to protest for it legitimately. Unlike what we see
in Western countries, citizens of African countries gleefully accept the ignominious destruction and pocketing of their commonly owned resources

Civil society organizations should lead the way in this respect. They should find better ways of educating the citizens en mass on not only to understand and appreciate their rights as citizens but how to pressure the government to do what is right and beneficial for the people in line with the constitution.

The recent coronavirus outbreak and Madagascar’s claimed development of a herbal cure is a bold signature of an African country standing by its claimed achievement in research despite pressure from many Western countries and agencies. That action alone resulted in massive patronage of the herbal medicine even in those countries that ordinarily would not have accepted it. Consequently, while many countries of the world would be reeling in the economic pains of the coronavirus, Madagascar’s export earnings would have improved on the contrary.

African countries, driven by rigorous scientific research, need to repeat Madagascar’s position and feat in many other areas of human endeavour. In the areas where we cannot wholly originate a new idea, we should be able to effectively copy and replicate more efficiently similar ideas that are confirmed to be working well in other environments.

Without any doubt, the African model of entrepreneurship is best for Africa. It is a good time for our research institutes and academia as well as industries to go back and study the models that sustained African prosperity before the devastations of slave trade and colonialism.