Countries under the Commonwealth are estimated to have lost up to $345 billion worth of trade in 2020 as a result of the coronavirus pandemic, including $60 billion  in intra-Commonwealth trade, the Commonwealth Trade Review has stated in a new report seen by businessamlive.com 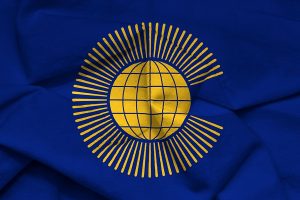 The analytical report on the impact of the pandemic on the trade and investment flows of Commonwealth member countries, titled “Energising Commonwealth Trade in a Digital World: Paths to Recovery Post-COVID”,  posited that the COVID-19 pandemic has taken a heavy toll globally, substantially impacting all Commonwealth members economies and leading to $1.15 trillion in foregone gross domestic product (GDP) in just one year. Compared to pre-pandemic growth trends in 2020, Commonwealth economies contracted by approximately 10 per cent.

It further revealed that most Commonwealth countries also experienced a significant decline in overall foreign direct investment (FDI) inflows in 2020, with a loss of $153 billion to the Commonwealth; stressing that with the  linkages between trade and investment and the role of FDI in supporting cross-border trade, these disruptions could limit trade prospects for Commonwealth countries.
Analysing the regional trends, the report indicated that the economic fallout from COVID-19 varied across Commonwealth regions while the drop is higher for developing Commonwealth countries, where exports have contracted by approximately 10.1 per cent.

According to the report, Asian economies, in absolute terms, suffered the largest decline in exports at $146 billion, followed by economies in Africa with a $20 billion decline, while the Caribbean  recorded $4.2 billion and Pacific members $1.3 billion. However, relatively, Caribbean Small Island Developing States (SIDS) underwent a greater slump with their global exports shrinking by almost 20 percent. “These SIDS largely rely on the exports of services, particularly travel and tourism, which were hit hard in this pandemic”, the report stated.
For FDI, the report pointed out that the drop affected all developed and developing countries but to a varying degree, with Australia and Rwanda notably experiencing a 50 percent decline in inflows compared with the pre-pandemic average of between 2017 and 2019. It also disclosed that only eight Commonwealth developing countries recorded higher overall FDI inflows in 2020 compared with this previous average. They were The Gambia, Malawi and Sierra Leone in Africa, India in Asia, Belize, Guyana and Trinidad and Tobago, among Caribbean SIDS; and Papua New Guinea in the Pacific.
It also highlighted a global trend that the health pandemic of 2020 had a disproportionate impact on already vulnerable economies, societies and healthcare systems, exacerbating existing challenges to achieving the UN Sustainable Development Goals.
On the future prospect and the need to leverage technology to boost recovery, the report pointed out that the changes brought about by the pandemic underline the centrality of technology to all aspects of our lives, from the rapid development of vaccines and 3D printing of medical equipment and devices to e-commerce and the online delivery of services.
The report opined that the growth of investment in renewable energy is hugely encouraging as Commonwealth members aspire to greener, more regenerative development.
Giving insight on the advantage of commonwealth nations, Patricia Scotland, secretary-general of the Commonwealth said a reassuring finding from the Trade Review is that the Commonwealth trade advantage has remained strong and resilient, and is now estimated at 21 percent, on average. On the investment side, this advantage has almost tripled since 2015, to around 27 percent.
“Our Commonwealth members can harness the ‘Commonwealth advantage’ to provide a post-pandemic tailwind that supports recovery, especially in small states, who have been particularly hard-hit. We know that trade can offer positive solutions to manage the pandemic and it’s an essential tool for building back better. Commonwealth members can draw on the mutual support and benefits offered through initiatives such as the Commonwealth’s Connectivity Agenda, Blue Charter, Sustainable Energy Transition Agenda and our other work that helps boost trade recovery in a more inclusive, resilient and sustainable way,” Scotland said.
On the pathway to post-COVID Trade recovery and resilience building, the report pointed out that trade can offer positive solutions to manage the COVID-19 pandemic and will be an essential tool for economic recovery. With vaccines being distributed globally, many countries are starting to lift national restrictions, open economies and resume trade and travel. It also stated that Commonwealth countries can also leverage regional trade agreements and regional cooperation mechanisms to grow their exports and build back better from the pandemic.
A look at the projected outlook in the report shows that intra-Commonwealth exports are expected to rebound and surpass $700 billion by 2022. However, FDI inflows to the Commonwealth are expected to decline by 18 percent in 2021, and a further 7 per cent in 2022. As a result, the total value of FDI inflows to the Commonwealth is expected to decline to $136 billion in 2022, or a loss of around $220 billion compared with 2019.
Businessamlive Website Stats