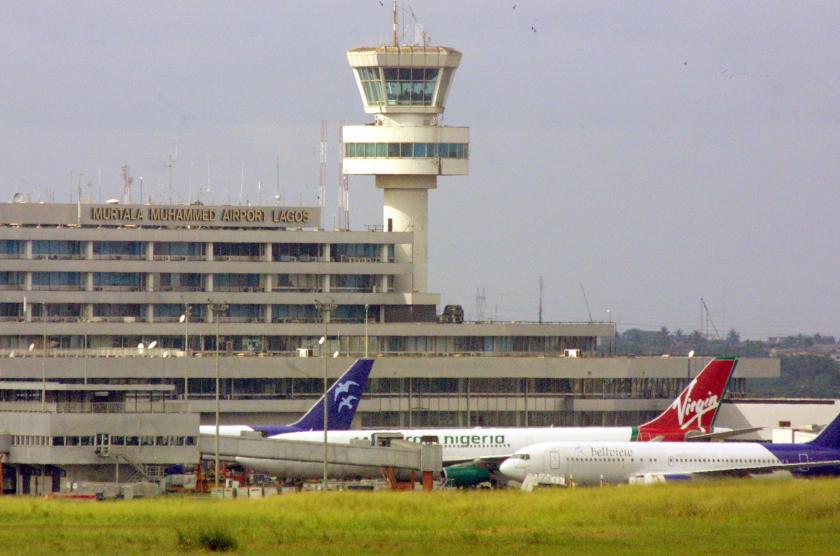 A diversion of Lagos airport-bound flight from London Heathrow by British Airways to Ghana has exposed the weakness of landing aids in Nigerian airports, amidst denial by relevant agencies that are responsible for managing the country’s airports.

Rabiu Yadudu, managing director of the Federal Airports Authority of Nigeria, (FAAN) had said BA diverted the flight to Accra not because the pilot could not see land, but because the airline’s Standard Operating Procedure (SOP) demanded that the pilot divert the flight.

As much as the FAAN boss tried to leave his explanation within the confines of technicality, he did not appear to succeed to convince Nigerians that the diversion was not necessary.

The BA has yet to comment on the diversion, but NATCA’s president, Abayomi Agoro has alleged that “poor visibility and haze which caused most of the diversion was heightened by the degraded state of navigational and landing facilities due to lack of calibration.” He therefore, called for facilities to be calibrated.

This is happening only three months after the Nigerian Airspace Management Agency (NAMA) said it had acquired a Category III Instrument Landing System (ILS) for the Abuja and Lagos airport. The landing/navigational equipment were reported to have cost the Nigerian government a whopping N3.06 billion ($8.5 million). The federal government through the Ministry of Aviation, on August 29, 2019 confirmed receipt of a $8.5 million King Air 350i calibration airplane in government’s quest to ensure workability of navigational aids and boost aviation safety. NAMA also confirmed delivery of the ILS equipment in September last year and said they would be installed at the Nnamdi Azikiwe International Airport, Abuja and Murtala Mohammed International Airport, Lagos.

But NATCA said the BA flight wouldn’t have been diverted if the pilot had clear vision.

Agoro said, “We are equally concerned with the untold hardship the situation has visited on our members working in Lagos Terminal Approach position whose statutory responsibility is to ensure a round the clock safety in taking off and landing.

​“In as much as we sincerely appreciate government’s huge investment in the upgrade of aviation infrastructure in the sector, NATCA is nevertheless concerned about the perennial state of degradation of the essential facilities and working tools with attendant increased stress and workload which in practical terms translate to serious safety implications for the flying public.
“NATCA therefore urges the relevant authorities to take immediate steps to restore the full serviceability of the navigational and landing aids to ensure an effective end to the uncalled hitches recently experienced and prevent the re-occurrence of same. We are not apportioning blames but all hands must be on deck to ensure seamless safety regime and prompt navigational services.”
However FAAN boss, Captain Yadudu dismissed the claim saying: “It does not represent what actually happened. BA diverted on its own accord not because they couldn’t land, but because they felt their own SOP demands that they divert.”

He insisted that “the conditions were right for them (BA) to land, it was about 5:30 pm, it was not sunset, and the Runway Visual Range (RVR) was about 1800 but their company’s RVR was a bit higher, and nothing says they cannot have a higher one. But our own is 18, our landing condition visual as at that time, they met those conditions. It was because they have a higher standard and they went. All over the world, different airlines have a standard that is higher than the threshold but nothing says you are not allowed to go below.

Similarly, NAMA also stated that the airport’s landing aids were in order.

In a statement by Khalid Emele, the agency’s spokesman, the NATCA position was nothing close to the truth.

“While we recognise and appreciate the right of our workers to clamour for better work tools and operational environment, the reality is that our navigational infrastructure nationwide is not in any state of degradation. Our navigational facilities are operating optimally but are awaiting flight calibration in line with NCAA and International Civil aviation Organisation (ICAO) regulations and world best practices,” NAMA stated.

Emele said the Cat III ILS were actually installed at the Lagos and Abuja airports adding that their idea behind the installation  at strategic airports in the country was borne out of the need to enhance safety, efficiency, access and seamlessness of flight operations in our airspace especially during the harmattan season.

“Nonetheless, the British Airways (BA) company requirement for approach and Landing on runway 18 Right using PBN is 1800m as against the prevailing visibility of 1500m. It should be noted that all other foreign operators including Emirates, Delta, KLM, Lufthansa, etc landed on the same runway in similar weather conditions. It should also be noted that BA, despite the above diversion, BA has been operating into Lagos daily using the ILS CATIII on Runway 18 Left with the same prevailing weather conditions. Therefore, these diversions are avoidable based on existing facilities,” he noted.

While the airport has the instrument landing aid, the Cat III ILS installed at the Lagos airport, there are factors that could become impediments to its efficiency, according to experts. Business a.m had reported in September, after NAMA announced receipt of the Cat III ILS that unstable power supply and lack of on-board facilities by local airlines could affect the benefits of the landing aid. While the latter may not apply to the BA, power failure at the airports remain a recurrent enigma.

Incidences of cancelled flights, especially those due to weather hazy conditions, are supposed to be under control at Lagos and Abuja airports with the installation of the ILS.

Fola Akinkuotu, managing director of NAMA, while commenting on the equipment said installation of the landing aids which would commence soon, was part of the agency’s effort to ensure that aircraft land in adverse weather condition especially during the harmattan.

He also revealed that the second phase of the project involving the installation of ILS/DME in Kano, Port Harcourt and Katsina airports would commence as soon as Lagos and Abuja installations are complete, stressing that the choice of these airports was informed by the severe weather conditions prevalent in them.

A competent aviation source said that this is the first time any Nigerian airport would be furnished with the Category III ILS, a system that helps aircraft to land in foggy, hazy and hamarttan weather conditions, usually blamed for multiples of flights cancellations in Nigeria.

He however called on FAAN to ensure a secured airport environment with perimeter fencing and stable electricity supply.

“The Category III ILS can help aircraft land at the airport where are installed even at zero visibility. This is the landing equipment used in most developed countries of Europe and America where there are foggy weather and visibility is always low.

“During hamarttan in Nigeria, the weather become hazy and visibility is bad. So with this equipment that NAMA has acquired, aircraft can land a anytime at the airports, but the equipment needs table electricity supply. It does not work where there is unstable power,” the source said.

“Another challenge here is that most of our airlines do not have on board facilities to leverage on the Catagory III ILS because they use old model aircraft. Old planes don’t have the on-board equipment to use Cat III ILS. The international airlines which operate newer model of aircraft will find the equipment very useful, but the FAAN must provide a stable condition for the equipment to work, because it does not work in isolation,” the source said.