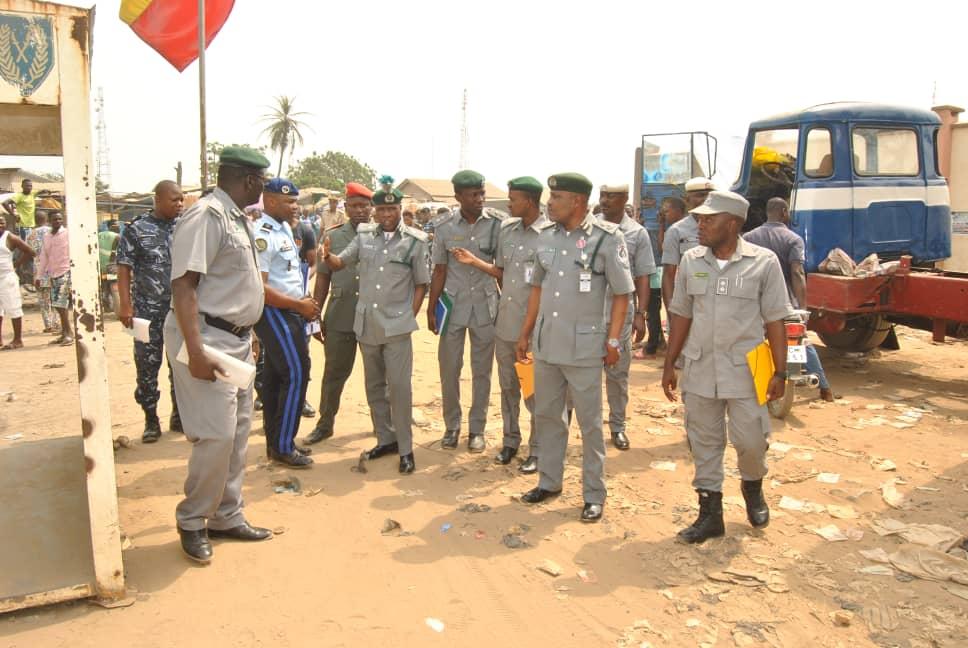 Nigerian Customs Service has warned off supermarkets and shops in some parts of the country to stop patronising foreign rice and other prohibited goods.

“In our effort to suppress smuggling, the Nigerian Customs Service Kano/Jigawa area command deemed it fit to write and seek for your cooperation to stop patronising foreign rice and other prohibited items in your supermarket/shops to avoid being closed by customs operatives,” Kano/Jigawa area controller, Ahmed Nasir, said in a statement.

This warning comes months after the Nigerian government ordered the closure of its land borders.

Nigeria, without warning on 21 August, closed all its land borders two months ago to tackle smuggling, but the unprecedented move is affecting trade across the region.

Bustling borders have come to a standstill, with goods rotting and queues of lorries waiting at checkpoints in the hope the crossings will reopen but it has hopes are dashing already.

Despite the ban, foreign rice still saturates the Nigerian market.

Although, the customs authorities said Nigeria has gained from the closure, prices of food staples have risen steeply and legitimate businesses have been caught in the crossfire.

The country’s inflation has also been on the rise since August.

The government says the border closures will help boost local food production. But rice takes time to grow, harvest, process and sell, and the country’s farming industry may not keep up with the huge increase in demand.

“We are not yet ripe to close the border because . . . we need years [of] investing in farmers so they can harvest enough for Nigeria,” said Ekpo Ain, a rice trader at the Sura market in Lagos told Financial Times.