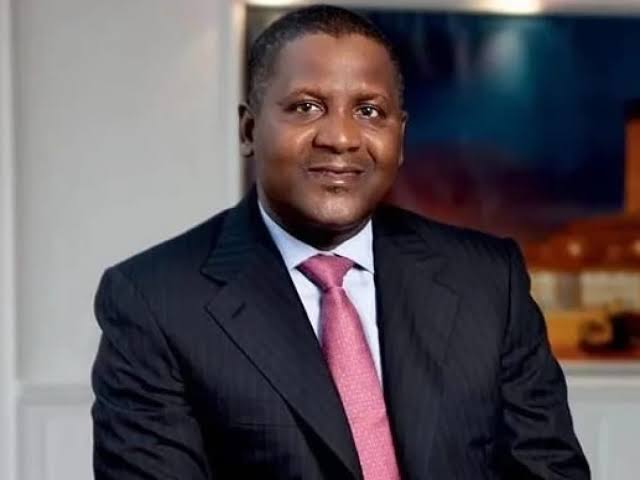 Dangote Group, the self-named conglomerate founded by Africa’s richest man, Aliko Dangote, has for the third consecutive year emerged as the most admired brand of African origin, by consumers.

This year, it is sharing the accolades with African multinational telecommunication giant, MTN following a survey involving 100 Africa best brands.

The results of the survey were announced during a novel global virtual event that took into account openings of the capital markets of Nigeria, South Africa and Kenya.

In the financial services category, another Nigerian brand, Guaranty Trust Bank, came tops, while the British Broadcasting Corporation (BBC) of the United Kingdom, is the most admired media brand by those surveyed for the media sub-category.

Thirteen of the 100 entries are occupied by African brands. The number was short by seven from last year when 20 African brands featured in the top 100 brands’ survey. 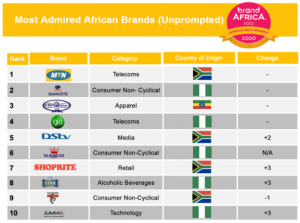 The survey was established 10 years ago to coincide with the 2010 FIFA World Cup, the world’s biggest single sporting event. Named Brand Africa 100: Africa’s Best Brands, the survey and rankings have established themselves as the most authoritative survey, analysis, and metric of brands in Africa.

“African brands have an important role in helping to build the image, competitiveness and transforming the continent’s promise into a real change. It’s concerning that in the 10 years since the triumphant FIFA World Cup in South Africa which globally highlighted the promise and capability of Africa, and despite the vibrant entrepreneurial environment, Africa is not creating more competitive brands to meet the needs of its growing consumer market.”

Global Client Development Manager, GeoPoll, Caitlin van Niekerk said: “The reach and accessibility of mobile across the continent enabled us to survey respondents across a representative sample of countries quickly and effectively, giving us vital and timeous results at a critical time. Kantar has been the insight lead for Brand Africa since inception in 2010, ”  There Ikalafeng, founder and chairman of Brand Africa and Brand Leadership, said during an online interactive session via Zoom.

The survey seeks to establish brand preferences across Africa and is consumer-centric. It is conducted among a representative sample of respondents 18 years and older, in 27 countries which collectively represent 50 per cent of the continent, covering all economic regions and accounting for an estimated 80 per cent of the population and the GDP of Africa, according to an explanatory statement.

It further explained that the 2020 survey was conducted between February and April 2020 and yielded over 15,000 brand mentions and over 2,000 unique brands

Reacting to the outcome of the survey, Anthony Chiejina, group chief corporate communication officer, Dangote Group, said the management was not unexpected of the ranking because  the company has a long standing reputation for quality, relevance, compliance and social stewardship. “Our mission and vision engage and inspire us, by extension, connect us to both our internal and external stakeholders.

“We fervently believe that only Africans can develop Africa, and this gives us stronger sense of relevance  in all the countries where we have our operations. We are touching lives by providing their basic needs and empowering Africans more than ever by creating jobs, reducing capital flight, helping government conserve foreign exchange by supporting different industrial infrastructural projects of African government,” Chiejina said.

He added that Dangote Cement has been producing high quality and affordable cement, reducing poverty, engaging in unprecedented philanthropy and, above all, respecting the laws of the land where it operates. “All these are our credo and we do not compromise it, it is our way. And the ranking is just an acknowledgement of all these by our stakeholders, We keep our brand promise and stay authentic,” he concluded.

IMF warns Marshal Islands against adopting its own cryptocurrency