A dearth of industries in Imo State is the cause of the high unemployment rate it is posting among other sub-nationals in the Nigerian federation, a businessman, industrialist and chief executive officer of Tshabron Group of companies, Okeke Odiuko, has asserted. 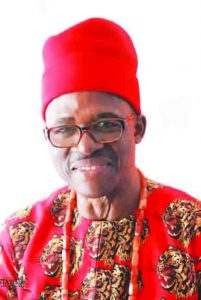 Odiuku in an interview with Business A.M., said it was not in the best interest of the people of Imo State that a state created in February 3, 1976 is now ranking  first in the unemployment rate amongst the 36 states in the country, including the Federal Capital  Territory, Abuja (FCTA).

Odiuko, who leads a conglomerate, comprising Tshabron Limited, Mec-Hall Limited, Joke Bross Limited, Optimum Voice Limited and Tshally Enterprises, among others, with a combined staff strength of 3000, is considered knowledgeable in the business climate of Imo State.

He decried the dearth of manufacturing industries in the state, describing this as the leading cause of the state ranking high in the National Bureau of Statistics data (NBL), the first in the unemployment ladder in the country.

“It is very clear that Imo State is leading in the unemployment rate, unemployment is rising in astronomical dimension in the state, the reasons are very, very obvious. Imo State is lacking in industrialization, there are no manufacturing industries, Imo State is a state that does not have much federal government support.

“Imo State is land locked, and it is only such states that have such facilities like manufacturing companies and even agricultural  firms that can boast of offloading  their unemployable youths,” Okeke said.

According to him,  “the state  occupies a strategic location being  almost  at the centre of the Eastern  part  of  Nigeria and with a lot of investment opportunities but its centrality is yet to attract the needed  manufacturing companies where youths  can be gainfully employed to eke out their living,” he stated.

In what is now being seen as an ironic twist to the story, “Imo is also rated number one in admission into higher institutions in the country. As much as it has such level of production of graduates, the issue of employment becomes a fall-back question, any person can always ask.  Where do you take these graduates to be employed?” He asked.

“So it is not out of place to see now that the unemployment rate is increasing in Imo State, because if you are the number one in the production of graduates  and you do not have any facilities, any industries, any agricultural set ups, any external force or whatever that will help  in absorbing these graduates,  of course, they will be roaming  the streets. They will always form the highest number of migrants looking for survival in other states, even outside the country,” Odiuku explained.

Recalling further, he said the numerous investment opportunities  scattered  in the 27 local government areas  in Imo State are not limited to agro-based and agro-allied industries,  chemical(petrochemical)  industries, non- metallic mineral based industries, tourism and hospitality, state owned enterprises, etc  adding  that investors  are yet to utilize  these opportunities  to invest.

Rivers $23bn economy set to pick up with election conundrum over