Kenneth Afor
The continuous political upheaval in Hong Kong has put what would seem to be a nightmare in the minds of diamond traders in India as they witness a further decline in export of the commodity.
Diamond export to Hong Kong has fallen by 17.42 percent in almost the first half of India’s 2019 financial year. 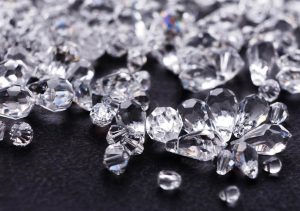 Data available to Business a.m. shows that the Asian financial centre in Hong Kong recorded close to 40 percent decline of India’s cut and polished diamonds, a portion of this export is also extended to buyers in mainland China.

Figures released by the Indian Gem and Jewelry Export Promotion Council shows that total gross export of gem and jewellery in October this year declined by 5.49 percent year-on-year (y-o-y) at Rs 24,583.19 ($342.06).

Market analyst, Vipul Shah lamented on the continuous political unrest in Hong Kong which is already having an adverse effect on the precious stone.

“Protests in Hong Kong have escalated further, which is going to affect diamond exports to the nation. The movement of diamond has been very slow in past months,” he said.

Due to the continuous unrest, business activities in the district where the heart of the protest is been staged has led to close down of shopping malls and stalls thereby causing a huge economic loss to traders in India and the likes.

A precious stone merchant, Mavji Patel said that while the unrest is going and affecting sales of diamond in Hong Kong, global diamond trade is also been affected as a result of the high tariff the U.S. government has slammed on Chinese gem and jewellery imports and that is affecting India a major partner in gem merchant with the Chinese.

“Unless the trade war settles down, exports of gem and jewellery is unlikely to see an upward movement,” Patel said.