Electricity distribution companies, under the aegis of Association of National Electricity Distributors, has said they had not received any subsidy from the federal government since the privatisation of the power sector. 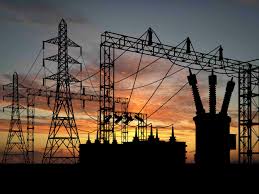 The Discos’s claim was a response to Salehh Mamman, power minister, who recently said the federal government could not continue to subsidise electricity distribution.

Mamman had told journalists, “Government cannot continue to subsidise because what they (DisCos) are doing is that they collect 3,000 megawatts and pay for only 1,000 megawatts.

“That is 15 per cent of what they are collecting. So, government is the one completing the payment.”

But ANED, in a statement on Tuesday, disagreed with the minister.

The DisCos said members of the public deserve to be well informed about the challenges, facts and constraints of the Nigerian Electricity Supply Industry value chain.

Parts of the statement read, “To date, the DisCos have not received any subsidy from the Federal Government.

“References to the N1.7tn in subsidies paid by the government are associated with payments that have been made to the generating and gas supply companies, under the Payment Assurance Guarantees initiative and the Nigerian Electricity Market Stabilisation Fund.”