A new report has revealed that naira devaluation is unlikely in 2020 despite it being nine per cent overvalued and a deteriorating external position. 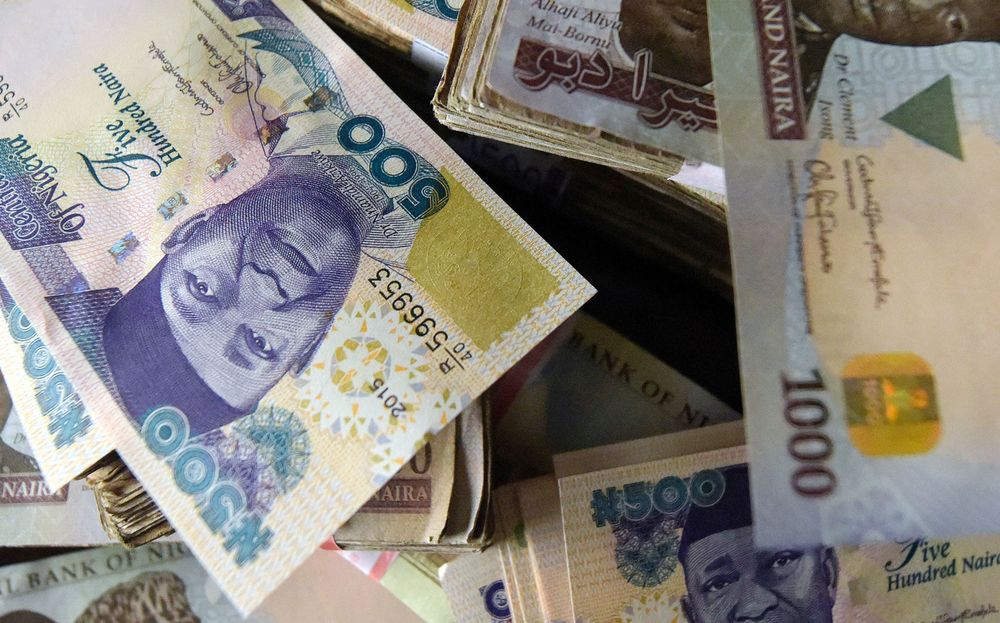 The report by analysts at Renaissance Capital (RenCap), one of the leading emerging and frontier markets focused investment banks, has also shown that the Central Bank of Nigeria (CBN) has enough foreign exchange reserves buffers and monetary policy tools to keep the naira from depreciating in the short term, despite concerns about the drop in the country’s reserves to $36.5 billion as of Monday.

In the seven-page report, dated February 25, 2020, after their recent visit to Abuja earlier this month where they met key policymakers and development finance institutions in the country, the analysts also stated that it decided to revise its forex forecasts, adding that they “expect growth to be flat at 2.3 per cent in 2020.”

“We came away from our visit with the view that the central bank will strive to maintain a relatively stable naira, by using the tools at its disposal. It is for this reason we revise our 2020 FX rate forecast to N375/$1, from N429/$1 previously.

“The good news is that there has been no front loading of imports yet, implying there is no sign of pressure on FX yet. We believe the government has the FX reserves buffer and monetary policy tools at hand to keep the naira from depreciating to its fair value, in the short term,” the firm explained.

They added that the proposed $3.3 billion Eurobond to be issued by the federal government in the coming months would further help to shore up both the reserves and the naira.
They, however, said the downside risks to the naira was forex swaps of between $4 billion and $6 billion, which implied that, “accessible reserves are 10-15 per cent lower than the gross number suggests.”

“Foreigners hold about $13 billion of open market operations (OMO), which makes FX reserves vulnerable to a sell-off.
“This may be mitigated by the fact that a sizeable share of the foreign money in OMOs is sticky because it is used as collateral for swaps and for hedging.
“Strong import demand is expected to be sustained in 2020 and financial inflows weak owing to low foreign direct investment (FDI) and equity-related portfolio inflows,” they stated.

According to the report, Nigeria has had some positive developments in recent months that suggested some progress on the reform front.
They listed some of these reforms to include the 2020 budget which was passed ahead of the start of the fiscal year (January-December) for the first time in some years, which implied government expenditure started being disbursed earlier this year.

Others are the Deep Offshore Act, which the government expects to boost revenue, was passed in just six weeks “which is unusually quick given that the Petroleum Industry Bill has been on the backburner for over 10 years.”

“The Finance Bill 2019 that was passed late last year effected the VAT increase to 7.5 per cent, from five per cent previously, among other tax revenue-raising measures. These are the silver linings to an otherwise challenging macro-environment,” they added.
The report stated: “On the demand front, there has not been a meaningful recovery in FDI since the oil price shock of 2014/2015, in part due to low confidence owing to policy uncertainty.

“Consumption also remains weak in part due to the lack of income growth and high inflation. Job creation has also been low.
“Government consumption and investment are the main drivers of growth. The quickening of private sector credit growth is positive for growth overall.
“But even though the linkage between the oil price and the non-oil sector has weakened, it is still stronger than that between credit and the non-oil sector.

“On the supply side, the drivers of growth in the non-oil sector (except for the fast growing telcos sector) have been slow in part due to structural and regulatory constraints.”
With the hike in VAT and electricity tariff, the report stated that consumers were likely to be further squeezed in 2020.
It noted that while credit growth has picked up on the back of the loan-to-deposit ratio (LDR) policy, “which is positive for the real economy, some argue this impact is undermined by banks simply extending more lines of credit to the same blue-chip clients, at lower interest rates.”