The dollar rose on Friday after three straight days of losses, as investors took comfort in a U.S. non-farm payrolls number which, while below the consensus forecast, was not as bad as the market initially feared. 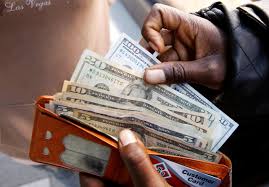 The greenback hit session highs against the yen and euro, following the jobs report after trading lower for most of the session.

August data was revised to show 168,000 jobs created instead of the previously reported 130,000 positions.

Economists polled by Reuters had forecast payrolls would increase by 145,000 jobs in September.

The unemployment rate dropped to a near 50-year low of 3.5 per cent.

“Going into it and considering what we saw with the two ISM surveys, it could have been a lot worse.

“It’s probably just right for the market and not as dire as many people expected,’’ said John Velis, Global Macro Strategist at BNY Mellon in New York.

“It doesn’t mean that the economy and the jobs market are falling off a cliff.

“On the other hand, it’s not strong enough that it’s going to take out this additional Fed easing that has been priced into the curve the last few days.’’

A drop in U.S. unemployment in September pushed traders of U.S. short-term interest rate futures on Friday to pare bets the Federal Reserve will cut rates at both of its two upcoming meetings.

The jobs data was a big relief to dollar bulls after two weak reports that heightened U.S. recession fears.

On Thursday, a survey from the U.S. Institute for Supply Management (ISM) showed its non-manufacturing activity index falling to 52.6 in September, the lowest since August 2016 and down from 56.4 in August.

The non-manufacturing data came on the heels of ISM’s survey on Tuesday on manufacturing that showed activity plunging to more than 10-year lows.