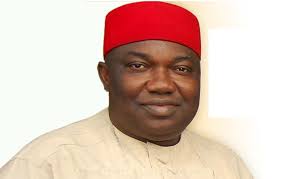 Findings by Business A.M. indicate that the programme is fully aligned with a forthcoming World Bank 2020–24 Country Partnership Framework for Nigeria, and Nigeria’s Economic Reform and Growth Plan 2017–20 and the National Economic Council’s COVID-19 action plan.

The programme outlines a proposed programme-for-results (PforR) operation in the amount of $750 million to support Nigerian states in their efforts to mitigate the impact of the COVID-19 pandemic on the livelihoods of poor and vulnerable households and microenterprises in the country. The proposed PforR is an emergency operation designed to support budgeted programme of expenditures and interventions at the state level targeting existing and newly vulnerable and poor households, agricultural value chains, and micro and small enterprises (MSMEs) affected by the economic crisis.

The programme development objective is to protect livelihoods and food security of poor and vulnerable families and facilitate recovery of local economic activity in all participating states across Nigeria.

Governor IfeanyiUgwuanyi addressed the beneficiaries during the flag-off of the programme, saying that the intervention was aimed at improving the state’s agricultural productivity, create employment, and also act as a catalyst to stimulate the state’s rural economy.

Enugu state with an estimated $5.86 billion gross domestic product (GDP) economy, is a mid-tier 3 sub-national, placing 25 of 36 Nigerian states in a 2016 GDP ranking of Nigeria’s states. The state has fewer industries, but with a bulging civil servant population.

Governor Ugwuanyi, who was represented by his deputy, Cecilia Ezeilo, informed that the improved agricultural inputs distribution was informed by the key pillar of the CARES programme which recommends support to farmers with quality farm inputs such as high yielding seed varieties, in order to ensure sustainability of food production and improved livelihoods of the state’s farming families.

He said the exercise will be replicated in the other two senatorial districts of the state; and that the initiative was mainly to reach the poor and vulnerable farmers “for economic empowerment, poverty alleviation, reduction of conflict-inducing social inequalities, boost agricultural productivity and stimulate the rural economy of the state.”

Governor Ugwuanyi commended the state’s CARES committee headed by the commissioner for finance, AdaonahKene-Uyanwune, for living up to expectation. He announced that the state government was making farming an all-season activity, in order to further broaden and stabilize the role of farming as a source of sustainable employment, livelihood and constant supply of raw materials for the local industries, and for export.

According to Matthew Idu,state commissioner for agriculture, the improved agricultural inputs distribution exercise was to increase food production in the state; and is also one of the measures to address the adverse effects of the COVID-19 pandemic. He urged the agriculture supervisors to ensure maximum utilization of the inputs, and that they should not sell the products.