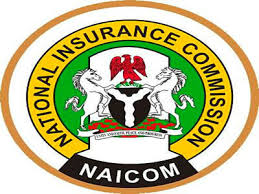 Economic experts have expressed varied views on the positive effect the Tier Based Minimum Solvency Capital (TBMSC) policy on the insurance sector despite attempts by some stakeholders to stall its implementation, which is expected to kick off October 1, 2018.

The National Insurance Commission (NAICOM), the regulatory agency of the insurance sector in Nigeria, has been directed to put a hold its proposed minimum solvency capital policy for insurers in the country, by a court order given by Muslim Hassan, a Judge of the Federal High Court at a sitting in Lagos last week.

Speaking on the court order, which emanated from concerns of some sector shareholders, Uche Uwaleke, a professor of finance at Nasarawa State University said “I think recapitalisation for insurance firms is something that should be welcomed as its been done in the interest of the industry, just as we have seen in the success recorded in the banking industry.

Uwaleke noted that in doing this, he believes stakeholders should be carried along, but what he sees as a mistake on the part of NAICOM is bringing forward the deadline from January to October.

“That destabilised a lot of them and is what is generating a lot of the furore. If NAICOM had listened to the players themselves on the issue of the deadline, I am sure the court case issue will have been averted.”

He advised that in formulating policies and in implementing them, there is a need to carry stakeholders along.

“So it’s a good policy but there is need to allow some time for the players to prepare themselves in meeting up with the requirements, as trying to implement it in a hasty manner could be counterproductive,” Uwaleke warned.

On August 27, 2018, NAICOM, through a circular with number NAICOM/DAPCIR/14/2018, informed insurance firms that their operations would now be reclassified into tiers, noting this would be based on minimum solvency capital on the basis of their respective risks profiles and their risks management systems.

The policy was expected to take effect from January 1, 2019, but the regulator last shifted the date back to October 2018.

Also, NAICOM also asked boards of insurance companies to submit their resolutions on this policy by September 14, 2018 (last Friday).

But some key stakeholders in the sector; Sunny Nwosu, Adeniyi Adebisi, Moses Oke, CAC Okpara, Ayodele Kudaisi, Kenneth Nwosu, Issac Obarinde and Okechukwu Nwaguru, filed a suit before the court to stop the implementation of the policy.

They alleged that the proposed policy, passed in the circular, would affect the business and corporate existence of insurance companies and would force them to sell their shares at undervalue.

In addition, they claimed that the policy was aimed at forcing licensed insurance businesses to increase their paid up share capitals by 100 percent or face losing their investments.

In addition, they alleged that the proposed policy in the circular was inconsistent with the provisions of Section 25 of the National Investment Promotion Commission Act, 2003.

At the hearing Thursday, the applicants, through their counsel, Bert Chucks Igwilo (SAN), told the court that they had filed and served the NAICOM a pre-action notice on September 6.

He further said that the applicants had before the court, an originating summons ex-parte, restraining the commission from enforcing the proposed policy pending the expiration of the pre-action notice.

Igwilo stated that the originating summons ex-parte was supported by an affidavit sworn by an applicant who was a shareholder in Aiico Insurance Plc and Cornerstone Insurance Plc.

He added that attached to the ex-parte application was the originating summons, the applicants intended to file at the expiration of the pre-action notice.

“My Lord, I humbly apply that the defendant be stopped from implementing the policy pending when we file and serve our processes else it would be too late,” he said.