By Kenneth Afor
The Nigerian government says it will boost farm productivity in the country’s agriculture sector by training over 50,000 agric extension agents in the next three years. 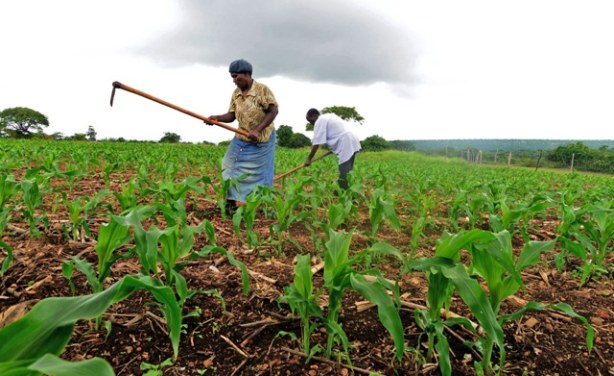 Mohammed Sabo Nanono, minister of Agriculture and Rural Development, while addressing delegates at the National Seed Retreat organised by National Agricultural Seeds Council (NASC), recently, said  the agents would provide modern agricultural guidance and farming techniques to farmers across the country who will replicate the new farming techniques in the area of pre-planting, planting, post-planting and harvesting.
The minister noted that farmers have been carrying out wrong agricultural practices which include inappropriate application of fertiliser on crops and wrong planting methods of seeds which have limited farmers in the country from getting high yield during harvest.
He, therefore, assured that the training will limit the knowledge gap between production and standard of practice for farmers, adding that the training will enable the country to achieve food security and sufficiency.
“We have a big challenge on the application of seeds and fertilizers. So, we need the intervention of the agricultural extension agents on the application of farm input. We are going to train 50,000 extension agents, starting this year for the next three years.
“It is said that one extension agent is to 125 farmers. The ratio of extension service agents to farmers in the country is too low. It is even too shameful to mention it. The issue of extension agent is a very serious matter. If we have the best seed and fertilizer, and they are wrongly applied, the agricultural yield will still be low,” said Nanono.
Apparently, over the years, farmers in the country have not been able to meet up with the consumption demand of most agricultural produce. Aside from the lack of access to funds which has been a major challenge, they are also faced with the challenge of using modern farming practices to cultivate their crops.
Farmers need to be constantly attuned to the various modern techniques that can be deployed in farming in other to avert the consequences that may arise due to climate change.

Pound jumps by $1.30 against the dollar after positive indications on Brexit