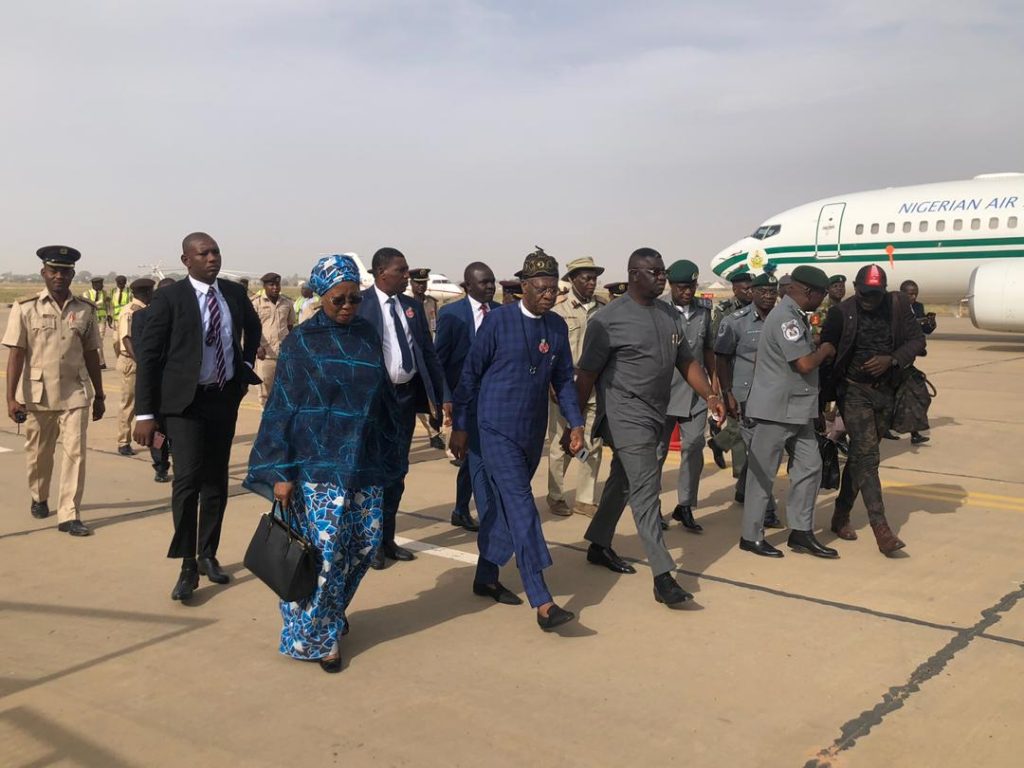 A delegation of the federal government led by Lai Mohammed, the minister of information and culture, on Monday arrived Katsina in continuation of its assessment of border situations following the closure of the borders about three months ago.

The team known as the Presidential Committee on Border Closure arrived the Shehu Umaru Yar’ Adua Airport at about 9.15 a.m. and proceeded to Nigeria’s Magama Jibia border with the Republic of Niger.

On the committee were Clement Agba, the minister of state, budget and national Planning, and minster of state industry, trade and investment, Mariam Katagum.

The delegation is expected to inspect the border and ascertain compliance on the closure, while the Minister will speak to journalists on the findings.

Last week, the team visited Seme Border in Lagos and was made aware of ships loaded with rice at the Republic of Benin, whose final destination is the Nigerian market.

Mohammed specifically stated that the consumable items had been targeted for the Christmas period.

He had explained that from the magnitude of seizures and the number of 296 illegal immigrants apprehended so far, it was obvious that “nothing is being done yet by both countries, Benin and Niger to addresses the challenges.”

He said that since the border closure, the monthly import revenue has increased by 15 per cent instead of dropping as expected in many quarters, while the local consumption of fuel has dropped by 30 per cent apparently due to reduced smuggling of the products to neighbouring countries.

“The partial closure has so far curbed the smuggling of foreign rice into the country, in addition to other prohibited items. Our series of interactions and engagements with Rice Miller Association of Nigeria since the commencement of this exercise has shown that the border closure has enhanced more production and milling of Nigerian rice.

“Patronage of Nigerian rice has increased and farmers are expanding their farms as well as engaging more hands. Furthermore, the border closure has impacted positively on revenue generation of the federal government which in turn will be used to build more infrastructures and develop critical sectors of the nation’s economy.

“The border exercise has also curbed diversion of petroleum products from Nigeria to neighbouring countries”, he explained.