The CBN, in a bid to inject more liquidity and ease demand pressures in the currency market has sold over $1 billion to Bureau De Changes since September this year. However, the volatility in the market has remained persistent. 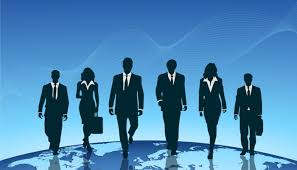 In the street foreign exchange trading, the naira appears to be rooted on its knees as it weakened further by N11 against the dollar to trade at N495 to the greenback at the close of the week, from its close of N484 against the dollar in the previous week. Consequently, the local currency depreciated by N33 or 6.7 per cent against the United States dollar since the start of November. The I&E window was also pressured, closing N4.42 weaker to trade at N390.25 against the dollar last week when compared with the N385.83 per dollar close the previous week. Notably, the I&EW hit a high of N393.25 to the greenback during the week while the CBN official window remains unchanged at N379 to a dollar.

Based on a circular from the CBN, there has been an adjustment in the following rates effective November 30, 2020 as follows:

Notably, the volume of sales for each market was pegged at $10,000 per BDC.

Elsewhere, the Overnight and Open Buy Back eased to 1.3 per cent and 1.5 per cent from 4.3 per cent and 3.3 per cent respectively last week, following robust system liquidity supported by inflows from coupon payment and maturities in the week.

Activity in the T-bills market was muted as trades settled mostly flat week on week due to low yield environment. On the average, yields dipped 1 basis point to 0.1 per cent, masking investors’ cherry-picking at the tail of the curve. Even though trading oscillated between the bulls and bears at the start of the week, the market tempo waned despite unfilled orders from Wednesday’s PMA.

FGN bonds secondary market closed on a positive note at the close of the week, as the average bond yield across the curve cleared lower by 1 basis point to close at 1.60 per cent from 1.61 per cent on the previous day. Average yields across short tenor, medium tenor, and long tenor of the curve declined by 1 basis point, 4 basis points, and 5 basis points, respectively.