The G7 industrialised powers on Friday said they would “urgently” move towards the implementation of a price cap on Russian oil imports in order to stop Moscow from raking in huge profits from soaring energy prices, a major source of funding for its war in Ukraine. 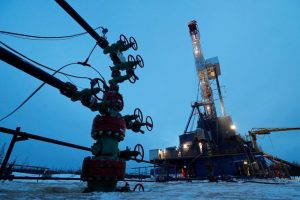 Finance ministers from the Group of Seven advanced nations said in a statement they would “urgently work on the finalisation and implementation” of the measure without specifying the cap level.

Households on the continent have borne the brunt of rising energy prices, with governments under pressure to alleviate the pain of the resulting high inflation.

“Russia is benefiting economically from the uncertainty on energy markets caused by the war and is making big profits from the export of oil and we want to counter that decisively,” Christian Lindner, German finance minister, said in a press conference.

The aim of the price cap on oil exports was to “stop an important source of financing for the war of aggression and contain the rise in global energy prices,” he added.

The G7 sought to form a “broad coalition” of support for the oil price cap to “maximise” the effectiveness of the measure, finance ministers said.

The initial price cap would be set “at a level based on a range of technical inputs” they said, adding that its effectiveness would be “closely monitored”.

In late June G7 leaders agreed to work towards implementing the ceiling on crude sales to exhaust Moscow’s war chest and bring down global energy prices.

Also, a G7 official in July explained that the maximum price would remain above the cost of the production, so it would not make economic sense for Moscow to deny oil to importing countries.

Many countries are ready to agree to the cap, expected to be a key topic for discussion by leaders at the G20 summit in Bali on November 15 and 16.

Ahead of Friday’s decision, Kremlin spokesman Dmitry Peskov sounded a clear warning, saying the adoption of a price cap “will lead to a significant destabilization of the oil markets”.

Moscow would “simply not supply oil and petroleum products to companies or states that impose restrictions”, Alexander Novak, Russia’s deputy prime minister, had warned on Thursday, according to Russian news agencies.

“Interference in the market mechanisms of such an important industry … will only destabilize the oil industry, the oil market. And for this, European and American consumers will be the first to pay,” he said.