General Electric, which pioneered the factory-in-a-box concept for biomanufacturing, is bailing out of the business. It has agreed to sell the biologics manufacturing portion of its healthcare operations to conglomerate Danaher.

The two on Monday announced the deal for life sciences conglomerate Danaher to buy the unit for $21.4 billion or $20 billion net of tax benefits. The deal is expected to close in the fourth quarter of 2019.

The price amounts to about 17 times earnings, according to Washington, D.C.-based Danaher, which expects the unit to generate about $3.2 billion in 2019. In addition to its biomanufacturing business, GE Biopharma includes process chromatography hardware and consumables, cell culture media, single-use technologies, development instrumentation and consumables, and service.

“We expect GE Biopharma to advance our growth and innovation strategy in an important and highly attractive life science market,” CEO, Thomas P. Joyce, Jr., said in a statement. “We see meaningful opportunities to harness the power of the Danaher Business System to further provide GE Biopharma’s customers with end-to-end bioprocessing solutions that help enable breakthrough development and production capabilities.” 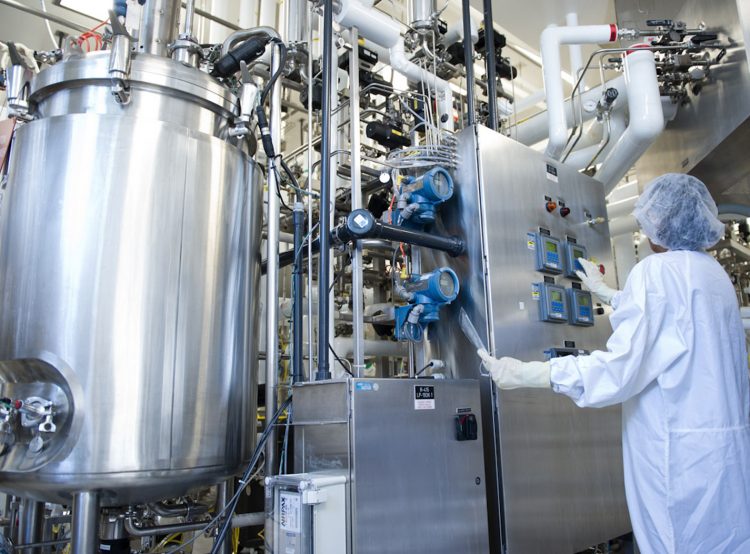 The sale is a “strategic shift” by GE’s Larry Culp, who became CEO in October and has been looking at ways to reduce the company’s $100 billion in debt, the Wall Street Journal reports. Before Culp took the top job, GE had discussed spinning the entire GE Healthcare operations off to shareholders in an IPO. Culp was CEO of Danaher from 2000 through 2014.

In 2015, GE Biopharma erected its first biopharma plant in a box in China for JHL Biotech, a company founded by U.S. biotech veterans working on biosimilars. The plant, which was prefabricated in a plant in Germany and then shipped in boxes to the site in Wuhan, was erected in 11 days, pieced together like a LEGO project.

The idea is to bring mass-production techniques, and lower costs, to something that has traditionally been a custom-designed and very expensive process. JHL also has a GE facility at its research center in Taiwan.

GE said its process could cut about 45% from the cost of a biopharma manufacturing project, which can be upward of $500 million. Because of the limited patient pool of many of these targeted therapies, developers are looking for an alternative to large-scale production facilities.