Global insurtech investment in 2020 topped $7.1 billion despite the challenges faced by the insurance sector, a report by Willis Towers Watson (WTW), a global advisory, broking, and solutions company, has stated. 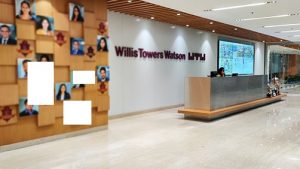 The report shows that while overall funding was up 12 percent from 2019, deal volume soared 20 percent in 2020, amounting to a total of 377 deals completed throughout the year, and represents the most in any year to date.

Similarly, WTW reported that later-stage companies attracted capital raises in excess of $100 million, while early-stage deals declined to 47 percent of the total from 57 percent in the previous quarter as insurtechs from 23 countries attracted investor capital, including previously dormant Hong Kong, Brazil, and Switzerland.

Andrew Johnston, global head of insurtech at Willis Re, explained that the development came despite the global pandemic hitting the industry hard. He added that though the pandemic caused harm, it also led to an acceleration of digitization in insurance. Hence, he hopes that the trend would continue into the future, defining the new normal.

“While our industry is facing extreme issues relating to COVID-19, we also have an unprecedented level of access to technology and technologists who can help it prevail during these times of instability.

“Many insurtechs probably feel vindicated that the insurance industry has been forced to realize the value of technology. The issue for insurtechs now is to survive months, possibly years, of market uncertainty,” said Johnston.