The global property technology (proptech) industry is growing rapidly and has been projected to reach a market size of $23.7bn by 2027. 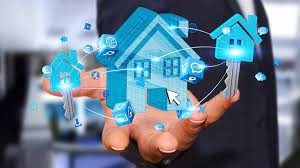 In his opening remarks at the conference, Igbinoba described property technology as the intersection of technology across the real estate value chain, saying the industry is growing rapidly in market size and making a compelling case for the transformation of real estate across the globe.

He said the value of investments in the global PropTech industry was expected to grow by an average of 5.2 per cent to exceed $85trn over the next 20 years (2022-2050).

“Globally there are now more than 6,000 PropTech startups and statistics reported that global PropTech investment increased from $2bn in 2013 to $18bn in 2018,” Igbinoba said.

The Nigeria Proptech Association president said Africa’s PropTech sector was catching up with the rest of the world and that in the last few years, interest about the African PropTech industry had grown both from investors and entrepreneurs’ perspectives.

“Major PropTech accelerators have participated in the African PropTech sector the previous year alone. In September 2021, Spleet and Estate Intel got into MetaProp Accelerator Programme in New York.

“Small Technology got into Techstars Toronto and in 2022, RedSwan CRE got into Aldar Programme in Dubai. These PropTech startups are all based in Nigeria. ARM Labs Techstars Accelerator programme was recently launched in Lagos with the intention of investing in early-stage PropTech and Fintech startups in Africa. Up to 12 startups will be selected on an annual basis,” he said.

According to Igbinoba, using an approximate Africa commercial real estate value of over $600bn as a guide, and leaning on global ratio, one would expect $1.056bn of VC funding to have flowed into Africa over the past 3years, “instead we have seen just $29.9m”.

He projected that by 2050, none of the world’s biggest cities will be in China, Japan or the United States. He said Africa’s population growth would triple by 2050 and the biggest cities would emerge from the continent.

He explained that PropTech would not increase the supply of housing, but would increase housing accessibility by optimising the existing housing stocks.

“Proptech is gaining traction globally, and we are going to see the scale-up of many Africa Proptech startups in the next two to five once these startups are able to pilot,” he said.

NIPROPTECH is a conference that connects different generations of real estate practitioners to collaborate and share insight in developing the Nigerian real estate market. It provides customer experience for users through the use of technology across all aspects of the real estate value chain.