By Onome Amuge
Gold prices traded higher on Tuesday as concerns about surging covid-19 cases in several Asian countries and the U.S. threatened economic outlook. However, analysts observed that a dollar rally and rising U.S treasury yields remain a threat to the precious metal’s recovery. 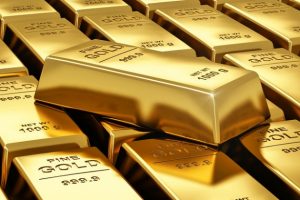 Bart Melek, head of commodity strategies at TD Securities, noted that gold will be under pressure in the next couple of months, weighed down by a continuous uptick in real yields along with expectations that Fed. tapering could create more troubles for the yellow metal.

Malek further explained that the market’s expectation is that economic data will continue to recover in a very firm clip reminiscent of the recent U.S. employment data, but Delta variant concerns could certainly prevent the Fed. from wanting to taper sooner rather than later.
Michael Hewson, commodities analyst at CMC Markets, UK’s leading financial services company, observed that investors’ attention is targeted at  Wednesday’s US consumer inflation data against a backdrop of concern that the recent rise in inflationary pressures may well be more persistent, than transitory.
Elsewhere, silver shed 0.2 percent to $23.40 an ounce, after falling to an eight-month low on Monday. Platinum gained 1.8 percent to $997.84, and palladium rose 1.9  percent to $2,650.25.
Businessamlive Website Stats