Britain’s markets watchdog on Thursday fined Goldman Sachs International a record $45 million for failing to provide accurate reporting of transactions over a decade. 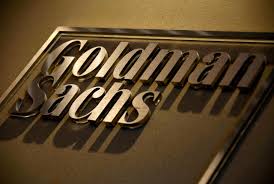 “These were serious and prolonged failures,” said Mark Steward, the Financial Conduct Authority’s executive director of enforcement and market oversight.

Goldman agreed to resolve the case speedily, thus qualifying for a 30 percent discount to avoid a fine of 49 million pounds.

“We are pleased to have resolved this legacy matter. We dealt with the issues proactively at the time and have made significant investments across the period to develop and enhance our reporting procedures,” the U.S. investment bank said.

The FCA said that Goldman is the 14th financial firm to be fined for transaction reporting failures under the European Union securities law known as MiFID.

Accurate data on trades are essential for regulators to monitor for market abuses and combat financial crime, the FCA said, adding that between 2007 and 2017, Goldman made more than 220 million errors in its transaction reporting.

“The FCA also found that GSI failed to take reasonable care to organize and control its affairs responsibly and effectively in respect of its transaction reporting,” the FCA said.