Warning: Declaration of SlideshowErrorHandler::log_error($num, $str, $file, $line, $context = NULL) should be compatible with GalleryPlugin::log_error($error = NULL) in /home/elglo/public_html/businessamlive.com/wp-content/plugins/slideshow-gallery/includes/errorhandler.php on line 0
 GTB, Zenith, Nigerian Breweries, drive positive NGX rally as investors gain N26.3bn  – Businessamlive
The positive trading rally was sustained in the Nigerian equities market on Thursday from price appreciation in GTBank (+1.8%), Nigerian Breweries (+1.2%), and Zenith Bank (+0.4%) which lifted the NGX All-Share Index by 0.13 percent to 38,615.11 points. This helped to improve the year-to-date (YTD) loss to -4.1 percent while market capitalisation advanced to N20.13 trillion from N20.09 trillion recorded on the previous day. 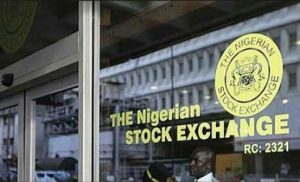 Across the sectoral front, the performance was mixed as 3 indices gained, 1 lost, and 2 closed flat. The insurance index led gainers, up by one percent amid buy interest in Wapic Insurance (+9.4%) and Lasaco Insurance (+7.9%). Similarly, the banking and consumer goods indices rose by 0.8 percent and 0.2 percent respectively following price appreciation in GTBank (+1.8%) and Nigerian Breweries (+1.2%). Conversely, the industrial goods index declined by 2 basis points due to sell-off on Wapco (-0.5%). On the other hand, the oil & gas and ICT indices closed flat.
However, investors sentiment strengthened to 2.3x from 1.3x recorded in the last trading session as 18 stocks advanced while 8 stocks declined. Champion Breweries (+10.0%), Wapic Insurance (+9.4%), and Lasaco Insurance (+7.9%) led gainers while Consolidated Hallmark Insurance (-9.0%), Unity Bank (-3.5%), and Sterling Bank (-1.9%) led decliners.
Similarly, with the NSE 30 Index, there was an increase of 0.15 percent to close at 1,596.68 points from 1,594.36 points the previous day. Market turnover closed with a traded volume of 73.40 million units. FCMB and GTBank were the key gainers, while Sterling Bank and International Breweries were the key losers.
FX market
On the foreign exchange market, the Naira gathered strength by 0.12 percent as the dollar was quoted at N411.50 from the last close of N412 in the I&E segment while the naira closed at N485 per dollar from N502 at the last close. Most participants maintained bids of between N387.67 and N420.97 per dollar.
Treasury Bills
The NT-Bills secondary market closed on a flat note, with the average yield across the curve remaining unchanged at 6.35 percent. Average yields across short-term, medium-term, and long-term maturities closed flat at 4 percent, 5.56 percent, and 8.42 percent, respectively.
In the OMO bills market, the average yield across the curve remained unchanged at 9.66 percent. Average yields across short-term, medium-term, and long-term maturities closed at 9.36 percent, 9.60 percent, and 9.82 percent, respectively.
Bonds market
Meanwhile, the FGN bonds secondary market closed on a mildly positive note on Thursday, as the average bond yield across the curve cleared lower by one basis point to close at 9.85 percent from 9.86 percent on the previous day. The average yield across the long tenor of the curve declined by 19  basis points, while the average yield across the medium tenor of the curve expanded by 3  basis points. However, the average yield across the short tenor of the curve remained unchanged. The 24-JUL-2045 maturity bond was the best performer with a decline in yield of 37  basis points, while the 23-MAR-2025 maturity bond was the worst performer with an increase in yield of 38  basis points.