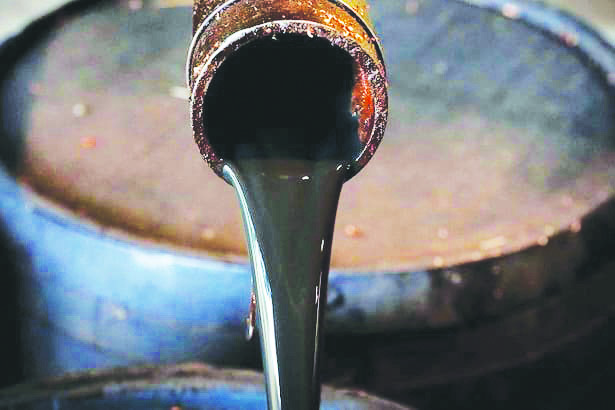 Heavy, sour crude oil might be in high demand in the coming months as the global market struggles to adjust to the recent US sanctions on Venezuelan state oil company PDVSA.  The major focus would be on crude quality rather than quantity, the International Energy Agency has said, as sanctions against Iran and Venezuela, along with supply cuts by OPEC and Canada’s Alberta province are all directly impacting “the supply of heavy, sour oil.”

In its monthly oil market report, the IEA said that the supply of US oil output which is predominantly light and sweet continues to inch higher, while the heavy sour barrels remains tightly supplied.

“Crude oil quality is another issue, and, in the wider context of supply in the early part of 2019, it is even more important,” the report said, and that due to this divergence, refiners have to pay more for heavy barrels.

“Since the US sanctions against Venezuela were announced, the premium of Mars (heavy crude) over WTI (light sweet crude) has soared from $4.50/barrel to over $7.50/barrel,” the report noted.

It also kept its growth estimate for oil demand in in 2019 unchanged at 1.40 million barrels per day while it cut its call on OPEC estimate for 2019 sharply and continued to increase its non-OPEC supply growth forecast.

IEA highlighted that in 2019 the US alone will grow its crude oil production by more than Venezuela’s current output, which is “why benchmark crude oil prices have hardly changed on news of the sanctions.”

“This is because, in terms of crude oil quantity, markets may be able to adjust after initial logistical dislocations,” the report said. “In quality terms, it is more complicated. Quality matters.”

Unlike other oil forecasting agencies, it expects global demand to grow faster this year than in 2018 due to “lower prices and the start-up of petrochemical projects in China and the US.”

However, it warned that “slowing economic growth will, however, limit any upside.”

The report added that global markets were on the way to rebalancing, noting a slight drop in oil stocks in the developed countries in December, but acknowledged that there was a major stock build in non-OECD countries in the second half of 2018.

Meanwhile, on the downstream side, IEA said refinery runs are expected to grow by 1.2 million b/d but noted that in December refining throughput fell 700,000 b/d year-on-year “instead of an expected increase due to lower activity in Asia’s four largest refiners: China, India, Japan and Korea.”

The global oil market will struggle this year to absorb fast-growing crude supply from outside OPEC, even with the group’s production cuts and U.S. sanctions on Venezuela and Iran, the International Energy Agency said in a report on Wednesday.

“It is supported by lower prices and the start-up of petrochemical projects in China and the U.S. Slowing economic growth will, however, limit any upside,” the agency said.