Nigeria may lose $765 million of cocoa output due to the impact of heavy rainfall and poor sunshine across the nation’s cocoa-growing regions, with the likelihood of black pod disease which could hurt the crop this season. 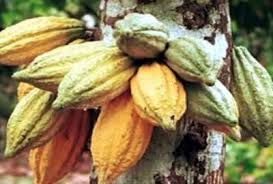 Cocoa farmers in Nigeria under the aegis of Cocoa Association of Nigeria (CAN) raised this alarm expressing concerns about bean quality and black pod disease in the wake of heavier rains, noting that besides preventing mould, sunny weather is also needed for a bigger bean size.
CAN’s forecast for the season was 325,000 tonnes at an estimated price of $2,353 per tonne, amounting to $764.725 million. President of CAN, Sayina Riman, said the 2018/19 season has seen flash floods.
“Black pod is coming and it would be evident in the main crop,” he said.
According to Riman, who farms on a 170-hectare cocoa plantation in Cross Rivers, the cocoa trees are at the fruiting stage ahead of the main crop but the weather could affect pod formation. Cocoa trees need a delicate balance of rainy and dry weather. Too little rain and they wither; too much and they become susceptible to insects or fungal black pod disease. Beans can also go mouldy if small farmers are unable to dry them outside.
The International Cocoa Organization (ICCO) forecast that the 2018/19 output will be 245,000 tonnes, whereas CAN had forecast a 30 percent rise from last season’s estimate of 250,000 tonnes, amounting to 325,000 tonnes. Riman said the association was now waiting for the end of the mid-crop before revising its figures.
He said farmgate prices have declined to around N720,000 (about $2,353) per tonne from N850,000 in January. He, however, said that prices could recover after the world’s two biggest producers – Ivory Coast and Ghana – agreed last week to impose a price floor of $2,600 per tonne on the chocolate ingredient.