Companies are facing heightened political risks across the globe, but the majority of them are underprepared, reactive, and lacking confidence in their ability to navigate those risks successfully. Geopolitical risks are the biggest, especially with COVID-19 disrupting supply chains, the rise of nationalization and protectionism, the hardening of U.S.-China trade tensions, and increasing confrontations with authoritarian regimes that provoke cycles of sanctions and retaliatory actions. 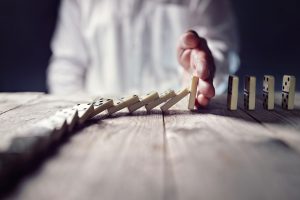 Those are some of the main takeaways from a study released last Friday conducted by the Wharton Political Risk Lab in partnership with its inaugural sponsor, EY-Parthenon’s Geostrategic Business Group. Titled Geostrategy in Practice 2021, the study is the second in an annual series (last year’s report is available here). The study identifies five steps for companies to manage their political risks more proactively and strategically:

Develop or acquire the ability to assess the business impact of political risk.

Engage the board and C-suite to incorporate political risk into strategic planning.

Set up a cross-functional geostrategic committee.

The study was based on a survey of more than a thousand C-level executives, a quarter of whom were CEOs. Half of the respondents represented corporations with more than $5 billion in revenute. Survey respondents were based roughly equally across the Americas; Europe, the Middle East and Africa; and Asia-Pacific. The study covered seven industries – advanced manufacturing and mobility; consumer products; energy and resources; financial services; health sciences and wellness; real estate, hospitality and construction; and technology, media and telecommunications.

The overarching risk is to globalization, which will force companies to revisit their strategies and valuation models, according to Wharton management professor Witold Henisz. Henisz is director of the Political Risk Lab and helped design the study, and he personally conducted nearly 50 hourlong interviews with senior executives. “The biggest concern was that companies have to have a China-centered supply chain and a non-China-centered supply chain,” he said.

“For many industries that have worked in the last 20 to 30 years to integrate their supply chains, that may not be possible anymore,” Henisz explained. “Companies are starting to think about supply chain resilience and, in particular, developing parallel supply chains to support growth in the Chinese market and the rest of the world, which is creating enormous costs and redundancy, especially for some industries that are heavily dependent upon Chinese suppliers.” Those concerns are most pronounced in electronics, telecommunications and rare earth metals, he added. “For several industries, there isn’t a clear existing alternative and companies start to think about how to rebuild their supply chain or reconstitute a non-Chinese supply chain.”

“The coronavirus pandemic exposes and accelerates the materiality of these external risks to levels not seen for perhaps 90 years,” Henisz said in a video on the biggest impacts the study identified. It also lays bare the manner in which firms prioritize short-term shareholder interests relative to stakeholders, which will influence the political risks that they face in the future. “The decisions that firms make today about how to treat their workers, suppliers, buyers, and communities will be remembered by these stakeholders once the crisis has eased and as a result will help shape our collective post-crisis future.”

Most companies agreed on the types of political risks they face. “We were somewhat surprised that there wasn’t more industry or regional heterogeneity,” said Henisz. “It’s certainly true that if you extract oil, gas, infrastructure, banking, telecom, there was a greater perception of risk or greater impact. But even in consumer goods, and in industries that were very local and [a commodity industry like] agriculture, companies are struggling with exactly the same issues.”

“Risk identification systems are not fit for purpose,” the study noted. “Most companies are pretty good at monitoring risks, and they rely on a combination of human intelligence and quantitative data,” said Henisz. They gather such information from internal staff or consultants, and increasingly tap quantitative risk service providers that use AI tools like natural language processing to extract insights from news and social media.

Many companies relegate their political risk management to a public affairs or government affairs function, but that tends to operate in a silo without involving different functions across the company or local-level executives such as country managers, Henisz noted. That underscores the importance of a governance structure that combines qualitative insights with quantitative financial impacts, he added.

Data as a Political Tool

One of the novel and underappreciated threats companies face is of risks around data security and privacy. Henisz pointed to a recent New York Times investigative report on how China forces Apple to store the personal data of its Chinese consumers in data centers the Chinese government has access to. Two years ago during the anti-government protests in Hong Kong, Apple removed an app from its App Store that helped protesters track the police, after it faced intense pressure from the Chinese state media. Governments have control over data of multinational companies in other “authoritarian countries” including Russia and Turkey, he added. The European Union imposes constraints on MNCs that may want to transfer their data outside the EU to their parent organizations in the U.S. or elsewhere.

“Data is becoming increasingly politicized and is being used as a political tool,” Henisz said. “More and more executives are talking about it, but it isn’t on top of people’s minds that politics and data are connecting in a new way.”

In some instances, companies face political risks at both ends of the spectrum. In recent months, Western fashion brands including Nike, H&M and Burberry have faced social media attacks and boycott calls in China for taking a stance on alleged human rights abuses of the Uyghur Muslims in the Xinjiang region of northwest China. In other settings such as during the Hong Kong protests, the Chinese government urged companies to speak up in favor of its policies.

Sometimes companies have to make hard choices over tensions that affect their employees and their customers, said Henisz. “Between the Hong Kong protests and the Chinese suppression of the Uyghur minority, companies are under enormous pressure not to speak out in a way that is inimical or contrary to Communist Party interests, and many companies tried desperately to stay off that,” Henisz said. “But as the companies were trying to lay low, the Chinese government was pressuring them to say … that they don’t support Hong Kong rights, and that they support the One-China policy. Companies are increasingly struggling to navigate that.”

In some instances, companies find themselves damned if they are compliant with a government directive and damned if they are not. Swedish retailer H&M recently changed a map on its website to match China’s territorial claims in the South China Sea, but faced a social media backlash in Vietnam, which opposes China’s claims in the region. “There are similar pressures in Turkey, Brazil, Russia and other countries to demonstrate fealty or loyalty to a nationalist regime,” said Henisz. “Some of that was reflected in the U.S. under the Trump administration as well. So that tension between being a global company and being seen as sufficiently national or sufficiently loyal is a struggle that many companies are facing.”

“[Similarly] in India, multinationals and Indian corporations have not been vocal about the suppression of voting rights of the Muslim minorities in India,” said Henisz. “These are the pressures that companies face to comply with the priorities of political leadership. At the same time, there are demands from NGOs, human rights activists and employees to say something, to show that these are issues of concern for them. And companies are increasingly stuck in the middle.”

Fruits of Being Proactive

Some companies that are proactive in their political risk management have avoided the consequences they would have otherwise faced. Drawing from his prior research, Henisz pointed to mining company Anglo American and energy producer Chevron’s operations in Nigeria as examples of preparedness.

Learning from its previous mistakes, Anglo American developed a so-called Socio-Economic Assessment Toolbox, or SEAT, which is a way of assessing the political environment in a given country or region before embarking on a mining project, he said. “Before they start mining, they might spend a year or two understanding the political and social environment, having anthropologists and others map out the web of relationships and issues, because they know that, absent that understanding, they can never have a successful mine,” he added. “It may cause them maybe to go a little bit slower and to spend a little bit more money up front. And they haven’t been perfect. There have been cases of failure and cases of incomplete implementation. But they have among the best systems that I’ve seen at the corporate level to navigate this.”

Chevron had faced violence in Nigeria and nearly shut down its operations in that country before it developed a regional strategy that involved stakeholders across government, local businesses, and jobseekers. “They transformed the way they were working with stakeholders in Nigeria in a way that was much more farsighted,” said Henisz. The company in 2014 formed what it calls the Niger Delta Partnership Initiative, which adopted an overall approach instead of striking one-off deals with local leaders. “It’s not perfect, and there have been problems. But the redesigned approach led to a reduction of the conflict that they’ve faced. They have been able to resume operations and have less violence and less loss of oil than other oil companies in Nigeria.”

According to Henisz, a common misstep at companies is in avoiding involvement from people across different functions under the assumption that somebody at the top has to control the firm’s political risk management strategy. “Whenever there’s a perception of arrogance or of being a top-down imposed system, there’s resistance,” he said.

“The companies that succeeded asked right from the beginning: ‘How could [our geostrategic function] be valuable to you? What do you need? What would be important? How could this structure help you?’” Henisz continued. “As they were building it, they were doing as much listening as talking. It was much more of a collaborative design that involved people from different geographies and different functions. The solution doesn’t sit in headquarters. It sometimes sits in this country or in this function, and they need to make sure that gets shared back.”

Being proactive rather than bribing their way out of a difficult situation is another insight Henisz gained from his previous research on political risk management. “There is a way of doing business that involves envelopes given to well-connected political insiders,” he said. A well-designed governance structure could help companies avoid that route, he noted. “We’re talking about early on shifting your contracting, your sourcing, your operations and everything else so that you solve the political problems of the people who might otherwise put up a barrier. You’re aware of them earlier. You deal with them through your business operations, not through cash in an envelope.”

Jobs are usually a source of tension for MNCs setting up new projects, Henisz noted. Proactive approaches would be to ensure up front that the jobs do not go to people of any one ethnicity or other category and thus avoid resentment building up, he said. “What if from the beginning you split the jobs in a way that was perceived as fair? And what if you explained that that was part of the way you viewed good business in this country?” he asked. “We can think about similar issues in the U.S. with the Black Lives Matter movement and racial justice. Political risk is very closely and centrally tied to your reputation.”

Duping citizens: Nigeria shares N7.23trn, but comes out worse off in 2020