Ship building firms which managed to berth in Nigeria’s free trade zone at Onne in Rivers State, have stopped building vessels and streamlined to only provide repair services, due to prohibitive taxes levied on the new vessels at exit point by the federal government. 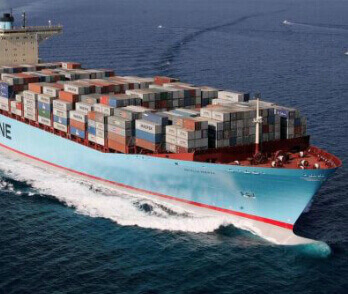 Even though the shipyards operate in a free trade zone and do not have to taxes, owners of the vessels built are made to pay exorbitant taxes, making the cost of acquiring new vessels locally about 50 per cent higher than importing them. This discouraged local vessel owners from building in Nigeria and opting to import them since it is a far cheaper option, Business AM has reliably gathered.

“We have not been building since 2012. We stopped building because the duties vessel owners pay to the federal government is too high. Onne is a free zone, where we are located but the vessels we build are not going to be working in the free zone. So by the time they are being taken away from our shipyard, from the free zone, they usually are required to pay exorbitant duties.

“The vessel owners now found out that it is cheaper for them to import their vessels than to build at our shipyards. So, you see it is a very ridiculous situation that vessels are cheaper to import than to build in the country,” a source who spoke one of shipyards said.

The source added, “For some time now we have not built vessels because it expensive to build vessels locally. Policies being implemented by the agencies regulating maritime in Nigeria appear to be colliding with one another. There needs to be some of harmony so that things can work out. Again, the local vessels are not given contracts, how will they survive?”

The shipyards at Onne Free Trade Zone in Rivers State are able to build Catamaran vessels, multi-hull vessels used for sailing and as tourist and fishing boats. Nigeria LNG Limited operates Catamaran vessels built at the West Atlantic Shipyard (WAS) at Onne free zone.  The vessels go to Bonny Island every day. They were built by WAS between 2007 and 2010.

At a media briefing on Thursday, Director General of NIMASA, Dr Dakuku Peterside claimed that cessation of waivers had brought an increase in cabotage trade participation by local vessels, leading to creation of 7,000 jobs in the last six years and heralding a whopping 32 percent rise in n number of vessels operating in the cabotage regime.

“(The cessation of waiver) has also resulted in 32 percent increase in vessels operating under the Cabotage regime in the first two quarters of 2019,” Peterside said.

However, an indigenous vessel owner in Port Harcourt, Walter Amah, said there are still no businesses for local vessels on cabotage waters, while getting capital from banks to acquire vessels has remained an illusion.

Amah said, “Most of the vessels are just lying down on water. The cost of repair is high. For instance, it is already very expensive for a vessel to go for dry-docking, let alone other major aspect of the repairs. So if you don’t have a contract for a vessel why taking it for repairs? Even when you berth your vessel at a jetty, whether a government owned jetty or a private jetty, you are paying daily for it. There is still a lot that government agencies like NIMASA should do.”

According to him, bank are not willing to lend to local cabotage trade operators for fears that they will not get the money back.

“The banks cannot lend to us because, the truth is that they cannot recover the money since the vessel in question is out of contract. Again you don’t even think of buying a vessel when there is no contract for the vessel because the contract will determine the type of the vessel you want acquire for business.

“The vessel has to have the features to accommodate the project it is being acquired for. Except passenger vessels, tug boat or patrol boats that you know will always sail. Apart from those types of vessels, a bank cannot sponsor a local shipowner. There is also the issue of the interest rate, because it takes a long time to build a vessel,” he said.