Hyundai Motor Company has been forced to recall about 82,000 electric cars globally following cases of production defects in some of the vehicles’ battery cells detected by the South Korean government. 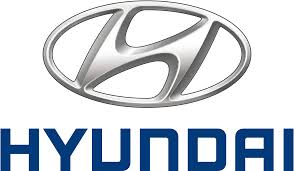 The retraction, according to a statement by the South Korean multinational automotive manufacturer, will be for EV models of the Kona, as well as the Ioniq and the company’s Elec City buses, that were produced between November 2017 and March 2020.

The automaker also stated it will initially reflect the cost of the recall and some of the costs could be recovered, depending on talks with LG Energy Solution Company, the China-based manufacturers of the battery cells.

The replacement of the battery system is expected to cost the company an estimated $899 million loss, a charge that will be reflected in the automaker’s fourth-quarter earnings.

The South Korea’s transport ministry said that initial findings of an investigation showed that a Kona EV imploded while being parked in an underground lot because of a problem with the battery cell which was manufactured at LG Energy’s Nanjing plant in China. About 16 similar cases of Kona EVs catching fire have also been reported globally, including in Canada and Australia.

Reacting to the reports, LG Energy said that battery issues mentioned by the transport ministry were problems caused when the plant initially went into production and have since been improved. LG further stressed that it has stepped up safety protocols around its manufacturing and quality-check processes.

The latest recall comes in the middle of a big marketing campaign for the company’s Ioniq 5, the first battery-electric car on its EV dedicated platform. Beforehand, the company had planned selling 70,000 of the vehicles this year and 100,000 units in 2022 but the move has been shelved for the moment as it focuses on fixing battery cells of recalled vehicles.

South Korea’s transport ministry also disclosed that it has initiated plans and measures to improve regulations aimed at ensuring the battery cells’ safety by the end of March when the company is expected to have fully replaced the affected battery systems.