Oluwasina Olabanji, former executive director of the Lake Chad Research Institute (LCRI), has stressed that the reality of improved seeds scarcity in view of rising wheat consumption in the confectionery sector can no longer depend on local production, creating the necessity to import some quantities to control the shortfall. 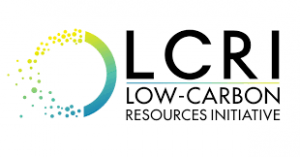 Olabanji stated this while commenting on the recent importation of 1,000 metric tonnes of quality seeds from Mexico, a deal facilitated by the Central Bank of Nigeria in partnership with the Flour Milling Association of Nigeria (FMAN).

Reacting to queries by some stakeholders over the importation move despite the availability of improved local varieties still in the custody of the institute in Maiduguri, Olabanji argued that the deal was not meant to thwart the local varieties’ multiplication process, but rather to mitigate the shortfall of quality seeds’ availability and bolster the country’s wheat production towards increased cultivation that would meet the CBN wheat intervention target from the current 250,000 hectares to 1.2 million hectares of wheat cultivation and ensure at least, 50 per cent reduction in wheat importation.

“We must stop deceiving ourselves in the face of increasing demand for bread as it is the second most consumed product after rice as about 6.2 billion loaves of bread are supplied into the market from about 20,000 local bakeries in Nigeria. What CBN and FMAN are trying to do is   increase the volume of quality seeds into certified seeds and checkmate expenditure on wheat importation,” he said.

The former LCRI boss added that the recent importation of the norman wheat seeds would be multiplied into commercial seeds along with the already available local varieties that had been registered and released by the National committee on varietal release at the National Centre for Resources and Biotechnology (NACGRAB) in Ibadan, Oyo State.

Olabanji, who is also a consultant to FMAN said the LCRI is not in any way relenting in filling the gaps in local production despite encountering some challenges such as the covid-19 pandemic and lack of funds which have hindered the pace of seeds multiplication being embarked upon by the institute.

Commenting on the issue, Zaraki Turaki, head of department, cereal research department, LCRI, attributed the scarcity of wheat seeds to the vandalisation and looting of about 4,000 bags of quality seeds in Jos during the October 2020 EndSars protest. He explained that the incident was a serious setback to the seeds system as the quantity would have ensured the cultivation of about 4,000 hectares of land in the current planting season.

Turaki assured that the institute is working towards multiplication of the local IMAM seeds in Kaduna, Zaria and other locations, while both the FMAN and CBN are already engaged in the implementation of local seeds multiplication to mitigate importation.

The IMAM ATTILA 7 seeds, he noted, was released and registered in 2019 based on its enhanced bakery quality and increased yield amid positive reactions from both the wheat farmers and millers.