The recently released 2020 Article IV consultations on Nigeria by the International Monetary Fund (IMF) has called on Africa’s largest economy to urgently adjust policy and create more fundamental reforms to sustain macroeconomic stability in a bid to lift growth and employment. 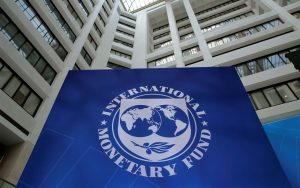 The Bretton Woods international financial institution also commended the Nigerian authorities on measures employed to address the health and economic impacts of the pandemic, which has exacerbated pre-existing weaknesses.

The IMF projected a real GDP contraction of -3.2 per cent for 2020, with a weak recovery likely to keep per capita income stagnant and no higher than the 2010 level in the medium term. It pointed out that urgent policy adjustment and reforms are needed to navigate this crisis and change the long-running lacklustre course. The projected weak recovery for Nigeria this year is to a certain extent driven by expectations of subdued global growth and decarbonisation trends which are expected to limit the increase in oil prices.

Additionally, OPEC quotas which are negatively impacting oil-related activities, fiscal revenues and export proceeds will also be another driver.

Furthermore, the Fund estimated that real GDP could contract by -1.7 per cent in 2021, pushing back the recovery. In this scenario, it posited that there are potential near-term downside risks such as the global and domestic resurgence of the pandemic, which might prompt a sharp drop in oil prices, renewed lockdowns, a decline in remittances and a surge in borrowing costs.

Based on the report accessed by Business A.M., the fund recommended a policy mix, in the short run, that is heavily tilted towards the adjustment of exchange rates, given the constrained capacity on the monetary and fiscal fronts. However, in the medium term, the IMF said revenue mobilisation should be a top priority for Nigeria.

Similarly, the international financial institution through the report, recommended a gradual and multi-step approach to establishing a unified and clear exchange rate regime, with the near-term focus on allowing for greater flexibility and removing the payments backlog.

Still on the recommendations, the IMF staff in light of increased poverty level, recommended revenue measures that are progressive and efficiency-enhancing, drawing on the previous IMF technical assistance recommendations which include: increasing the VAT rate to at least 10 per cent by the year 2022 and 15 per cent three years later (2025); rationalising the pioneer status system and other tax exemptions and customs duty waivers. Other recommendations are increasing the excise rates and broadening the revenue base; as well as developing a high-integrity taxpayer register, and improving on-time filing and payment. Consequently, the combined gains from these measures outlined could increase revenues by 7 per cent of GDP over the 2021 to 2025 period, the IMF stated.

The report noted that Nigeria needs to embrace more open trade and competition policies to rejuvenate growth as it will need to create at least five million new jobs each year. Though, it said the route to rejuvenating growth will require much higher growth, relying much more on labour-intensive manufacturing and services sectors.

Meanwhile, the recently ratified African Continental Free Trade Agreement (AfCFTA) holds huge prospects for job-rich growth through regional trade and economic integration. However, to unlock such potential, the fund stated that follow up actions are needed. Some of these actions include: Keeping borders open while stepping up measures to address security concerns, including smuggling, is not only critical to ensuring the flow of goods and services that enables price stability and growth but is expected to have a positive signalling effect on the business environment in Nigeria.