A new publication by the International Monetary Fund (IMF) has asserted that as demand for innovation, new virtual money and stable coins’ schemes continue to be on the rise, pressure will be on central banks as they strive to contain risks. 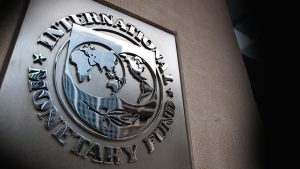 The international lender also stated that central banks will have to become more like Microsoft and Apple in order to keep digital currencies from central banks on the frontiers of technology and also in users’ wallets, to make them the predominant and preferred digital money.

In the publication released on Thursday, the IMF stated that central banks will have to make certain design choices and refresh their regulatory frameworks as a way to overcome the challenge of choosing between either offering central bank digital currency, or encouraging the private sector to provide its own digital variant as the two can coincide and complement each other.

“Today’s world is characterized by a dual monetary system, involving privately-issued money — by banks of all types, telecom companies, or specialized payment providers — built upon a foundation of publicly-issued money — by central banks. While not perfect, this system offers significant advantages, including: innovation and product diversity mostly provided by the private sector, and stability and efficiency, ensured by the public sector.

“We value innovation and diversity — including in money. In the same day, we might pay by swiping a card, waving a phone, or clicking a mouse. Or we might hand over notes and coins, though in many countries, increasingly less often. So it is natural, when a new technology emerges, to ask how the dual monetary system of today will evolve,” the IMF opined.

The IMF publication further asserts that the option to redeem private money into perfectly safe and liquid public money, be it notes and coins, or central bank reserves held by selected banks, lies in a fundamental symbiotic relationship. It also highlighted that the private monies that can be redeemed at a fixed face value into central bank’s currency could become a stable store of value and hides complex underpinnings such as sound regulation and supervision, government backstops such as deposit insurance and lender last resort, as well as partial or full backing in central bank reserves.

It also said that much depends on each central bank’s ability and willingness to consistently and significantly innovate. Keeping pace with technological change, rapidly evolving user needs, and private sector innovation is no easy feat, the IMF noted, adding, however, that it may be challenging for central banks to keep up with the pace of change of technology, user needs, and private-sector competition.

Today’s or even tomorrow’s money is unlikely to meet the needs of the day after, the IMF observed, further stating that several needs and expectations are likely to evolve much more quickly and unpredictably in the digital age. Moreover, information and assets may migrate to distributed ledgers, and require money on the same network to be monetized. However, money may be transferred in entirely new ways or automatically by chips embedded in everyday products. These needs may require new features of money and thus frequent architectural redesigns, and diversity.