By Dikachi  Franklin, in Owerri

The long standing apathy exhibited towards the hotel and hospitality industry by past and present governments in Imo State may soon be broken as the state government led by Governor Hope Uzodinma may have seen the relevance and contributions of the hotel and hospitality industry to boosting  the economy and helping  to absorb a larger chunk of the unemployed youths and  has now spoken  publicly that it would  work with Imo State Hoteliers  Association (ISHA) to enhance the sector. 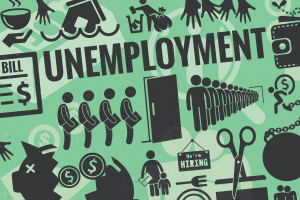 It is also this sector that has been helping it to reduce the growing youth unemployment as the state now ranks first on the unemployment ladder among the 36 states and the Federal Capital Territory, Chima Chukwunyere, the chairman of the Imo State Hoteliers Association (ISHA) said, while  making  remarks at the end of the year party  of the association held at Harvester’s  Hotel and  Suites, Owerri.

If that is done, Chima said, youths would be gainfully employed, more funds would go to the government purse and the multiplier effects will be high in the state.

“This is the largest industry in the state and the second largest employer of labour and Imo State Hotelier’s Association must continue to support the Imo State government to build a strong economy,” he said.

Chima, however,  decried the low patronage  being  recorded  by the industry  in the state, attributing it to the  security  challenges as  a result of lack of commitment of the police  to their duties.

“Visitors who patronize the hotels do not come because of insecurity, the police are no longer doing their duties in the state,” he informed.

He stated further, “The more we are patronized, the more money will go to the government purse, but the patronage has been very, very low because of   insecurity”.

Doris Akubuo Onyeali, the Imo State commissioner  for  Tourism, Creative  Arts and Culture noted  that the Coronavirus had adverse effects on the hotel and hospitality  industry and had reduced their patronages  but stated that the Imo State  government  has resolved to partner with the sector .

“Government will take the hotel  and hospitality  industry  to be number one sector and government will also take the industry higher, government  needs to partner with the Imo State Hoteliers  Association, “ to build  a strong and a healthy economy, the commissioner said.

She reiterated  the resolve of the government  to partner  with the association and bring about an enabling environment for the sector to thrive so that they could create more job opportunities while charging the hoteliers to ensure  they pay their taxes and rates as at when due.

“Let us not shy away from our civic responsibility, to pay taxes and rates, and feel free to tell government your problems for us to know,” the commissioner said.

Ezeala disclosed that the national body was working assiduously for the betterment of the association in the country even to the extent of working for their own fair share of the COVID -19 palliative as well as soft loans from the federal government .

In his remarks, Justus Okoye, the chairman of the Imo Internal Revenue Service (IIRS) had commended the role the hotel sector has been playing in the state and working as partners in progress for the economic development of Imo State.

Okoye revealed that the IIRS has signed a memorandum of understanding (MoU) with the 27 local government areas in the state, and had also made the ISHA to be incharge of revenue collection in the 27 LGAs as the government had resolved to work in partnership with the association.