The difficulties in sourcing foreign exchange for the importation of raw materials, machineries, as well as spare parts which are not manufactured in Nigeria, the combination of decay in infrastructure, frustrating access to Nigeria’s sea ports, coupled with longer turnaround time for clearance of cargo, are said to be among the factors responsible for the bleak performance of the manufacturing sector in Imo and Abia states. 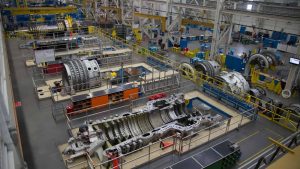 Also working against the growth of the manufacturing sector are multiple regulations from different regulatory agencies, as well as drive  for revenue by government agencies, Jude Eluma, chairman, Manufacturers Association of Nigeria (MAN), Imo/Abia branch, said as he addressed industrialists  in Owerri,  Imo State.

As he reviewed the low performance of the manufacturing sector, the chairman stated that the inventory of unsold finished manufactured products has been “increasing in an unprecedented quantity as a direct reflection that the disposable income of the consumers has been washed off”.

Eluma, who is also the managing director of Elchem Limited, Mgbidi, Imo State said: “Manufacturers are being inflicted with numerous, multiplicity of demands from government and its agencies, in form of taxes, levies, emblems, fees, permits, among others”.

He also disclosed that the menace of “touts with weapons on the road networks in Imo and Abia States, and the inability of the government to control them,”  have added  to the suffering  of the manufacturers in the two states.

The challenges that are responsible  for the bleak  performance   of the industrial sector are not limited  to the inadequate supply of electricity, as well as incessant increases in the tariff without the commensurate improvement in the generation, transmission,  distribution  have remained  key challenges.

Eluma said the way forward is consistent infrastructure upgrade in the Imo and Abia states, which will impact fully in the industrial sector. He suggested an Independent Power Plant (IPP) for industrial parks to curb the monopoly of electric distribution companies, which has been a challenge to manufacturers and consumers  of industrial goods.

He called for the elimination of multiple taxation and the centralization of revenue collection by the Internal Revenue Services of the states of Imo and Abia.

He stated that the government should assist in prevailing on the Central Bank of Nigeria (CBN) to extend its COVID -19 stimulus packages to manufacturers who are not covered by the existing CBN initiatives.

He equally stated that, “the CBN should also grant manufacturers increased access to Foreign Exchange at pre-COVID-19 rate to support the importation of raw materials, machines and spare parts that are not available locally,” Eluma said.

The MAN chairman, Imo/Abia has also said the authorities could help to assist in directing the regulatory agencies such as the Standard Organization of Nigeria (SON), National Agency for Food and Drug Administration and Control (NAFDAC) to reduce  their respective administrative charges (to pre-COVID-19 rates) payable by manufacturing firms to 50 percent, among other measures, he proffered.

However, Eluma said, “We implore the governors of our branch states to be responsive to the challenges that are largely responsible for the ‘not-too-impressive performance of the manufacturing sector,” in the country.