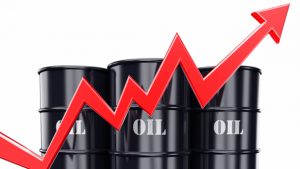 “Given the relative stability and positive outlook as crude oil output once more reached optimal levels and crude oil prices continue an uptrend, the risk profile of the country is expected to improve externally even with impending elections, and consequently drive demand for these instruments,” analysts at Afrinvest stated.

In the course of the week, average yield declined by 23 basis points week-on-week, as interest seemingly increased on the attractively priced assets, which trade at an average ask-yield of 7.0 percent. The increases in yield witnessed in recent times may be linked to a knock-on effect of turmoil across some emerging and frontier markets.

This was largely driven by demand for Zenith Bank 2019 instrument, which recorded a week-on-week decline of 65 basis points. Given the tenor of the bond, the impact witnessed may be as a result to investors looking to lock into a safe, low-risk asset until the election period concludes, without the price risk of selling at prevailing yields, as the bond would mature post-election.