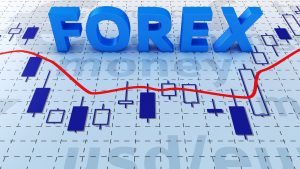 General outlook for the foreign exchange market is stable as long as the Central Bank of Nigeria continues its intervention in the market, according to analysts.

“Going forward, we maintain our outlook that the naira will remain stable, as the CBN sustains interventions in the FX market. Although we believe the Apex bank’s frequent intervention may weigh on reserves in the coming months, we do not foresee any price shocks in the global oil market that may significantly affect reserves level and thus the ability to defend the local currency,” money market analyst said.

Activities at the I&E window showed an increase in total turnover, increasing by 45 percent to $2.2 billion from previous week’s figure of $1.6 billion. At the FMDQ OTC future market, subscriptions increased by 2.1 percent week-on-week from $4.5 billion previously to $4.6 billion as the highest increases were recorded in AUG 2019, JUL 2019 and FEB 2019 instruments.

At the fixed income market, overnight lending rate surged 858 basis points week-on-week to 12.percent compared to prior week’s close of 3.42 percent, as system liquidity contracted, in comparison to the previous week.

In addition to outflows for the retail FX auction, the CBN conducted OMO auctions in three out of five trading sessions, selling a total of N103.70 billion worth of bills. Inflows include N268.33 billion worth of OMO bills.

The analysts say “inflow of maturing OMO bills worth N218.58 billion will offer support to system liquidity. However, OMO issuances and forex sales by the CBN are likely to squeeze liquidity and pressure overnight lending rate higher.”