India’s central bank on Thursday unexpectedly lowered interest rates and, as anticipated, shifted its stance to “neutral” from “calibrated tightening” to boost a slowing economy after a sharp fall in the inflation rate. 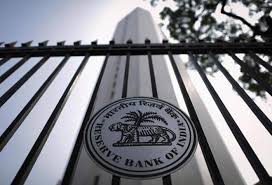 The monetary policy committee (MPC) of the Reserve Bank of India cut the repo rate by 25 basis points to 6.25 percent, as predicted by only 21 of 65 analysts polled by Reuters. Most polled respondents expected the central bank to only change the stance, to neutral.
Four of six members of the MPC voted to cut the rates, while all six voted for a change in the stance.
“Investment activity is recovering but supported mainly by public spending on infrastructure,” the MPC said in a statement. “The need is to strengthen private investment activity and buttress private consumption.”
Rupa Rege Nitsure, chief economist at L&T Financial Services, called the central bank moves “the perfect policy response in the current circumstances.”
Indian shares pared gains while 10-year bond yields slid 5 basis points after the surprise rate cut.
The Indian rupee weakened to 71.69 to the dollar immediately after the announced but strengthened soon after to 71.42.
The NSE index was up 0.04 percent at 11068.05 while the 10-year benchmark government bond yield fell to 7.51 percent from Wednesday’s close of 7.56 percent.
India’s last rate cut, to 6.00 percent, was in August 2017.
Thursday’s cut is welcome news for Prime Minister Narendra Modi’s government, which wants to boost lending and lift growth as it faces elections by May.
The ruling Bharatiya Janata Party is already in an election mode. In its budget on Feb. 1, the government doled out cash to farmers and tax cuts to middle-class families, at the cost of a wider fiscal deficit and larger borrowing.
Economic growth fell to a worse-than-expected 7.1 percent in the July-September quarter from 8.2 percent, dragged down by slower consumer spending and farm growth, below analysts forecast for a 7.4 percent increase.