The continuous disruptions to mining operations and delays in supply of copper from the world’s biggest producer of the metal, Chile and slow economic growth from China have contributed to weak global supply-demand in export of the commodity to countries. 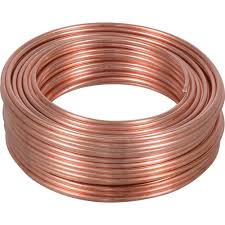 The mining crisis in Chile is seen to be the biggest political tussle since 1990.

According to the International Copper Study Group (ICSG), global world refined copper market in July was put at 48, 000 tonnes in deficit compared with 36,000 tonnes deficit in the month of June.

On Thursday, investors witness a fall on copper at the London Metal Exchange (LME) to 0.3 percent before it gained stability at $5,097 but investors on the Shanghai Futures Exchange (ShFE) gained a little on the commodity 0.4 percent to 47,330 Yuan ($6,726.36) a tonne.

Consumption demand in China, the world’s biggest consumer continued on a downward trend in its factory activity for the sixth consecutive months in October as industry analysts’ projects further pressures on manufacturers who are still struggling to cope with the country’s weak economic growth in nearly 30 years.

An analyst, Helen Lau, said that the presence of some negative market forces that is facing the country are reasons for the country’s weak economic performance as China’s Purchasing Managers’ Index (PMI) fell to 49.3 percent in October as against 49.8 percent in September.

One of the obvious reasons may be traced to the country’s protracted trade dispute it’s having with the United States (U.S.) as both countries are yet to find a truce to the dispute which largely has contributed to global economic slowdown.

Lau said, “PMI number below market expectation shows that headwinds facing China’s economy are still there. Going forward there will be slowing demand as China enters into wintertime.”

Similarly, in Peru, the government has given a go-ahead for Southern Copper Corp’s who were delayed from the Tia Maria copper mine, but on the condition to meet up with the regulations on social and environmental concerns before proceeding operations.

This gesture could bring an ease but not immediately in global supply of copper to consumers such as China and the rest.