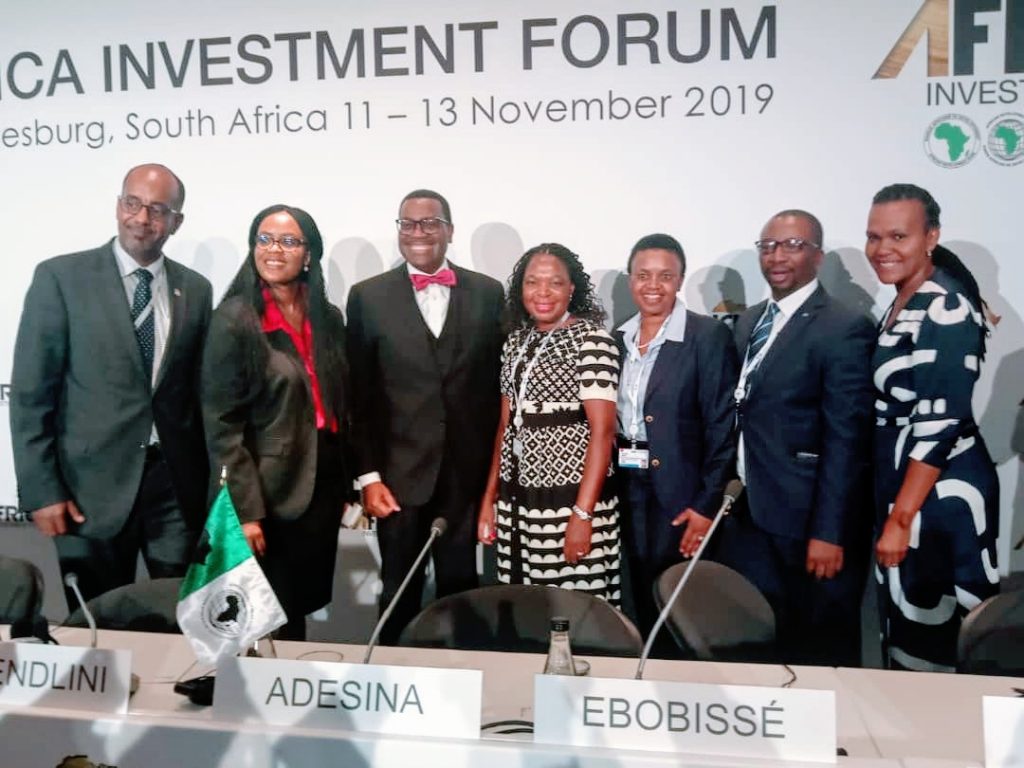 Global investor interest in the continent of Africa continues to grow as the second Africa Investment Forum in Johannesburg, South Africa, came to a close Thursday with a 44 percent rise in the value of deals that went into the board rooms to $67.6 billion.
The total value was for 56 deals. Last year when the first edition held, the value of investment interests was $38.7 billion in 45 deals.
Of the 56 transactions that went into the board rooms 52 secured investment interests for deals worth $40.1 billion. The interests covered 25 countries.
Across the continent Southern Africa received the highest investment interests valued at $36 billion. It was followed by Central Africa with $15 billion; West Africa with $10 billion; North Africa, $2.6 billion, and East Africa received investment interests valued at $1.4 billion.
An excited Akinwumi Adesina, president of the African Development Bank, said in his closing remark that the forum was a phenomenal three days of intense engagements.
“You can feel the energy in the hallways, in the market place, in restaurants, over meal, as all you hear is all about deals and deals. That is the spirit of the Africa Investment Forum: transactions, transactions, transactions. Deals, deals, deals!” He said.
Adesina also disclosed that the forum had 2,221 participants who came from 109 countries, 48 from Africa and 61 from outside of Africa.
“You voted for a continent that’s brimming with investment opportunities. You voted for bankable projects,” he told the participants.
According to him the board rooms at the forum were busy, packed and engaging, adding that in the culture of the Africa Investment Forum, it was transactional.
He also didn’t disclosed that, in between, the forum delivered on some major milestones.
“We signed the $600 million COCOBOD deal for Ghana for cocoa. The Alithea Identity Fund for women closed at $58 million. And the concession agreement for the Accra sky train, worth $2.6 billion, was signed, ” Adesina said.
He highlighted the United States NBA session on investing in sports, especially sports infrastructure, which he said was a great show.
But Adesina said following the end of the 2019 forum, the hard work has to begin to fast track these investment interests to financial closure.