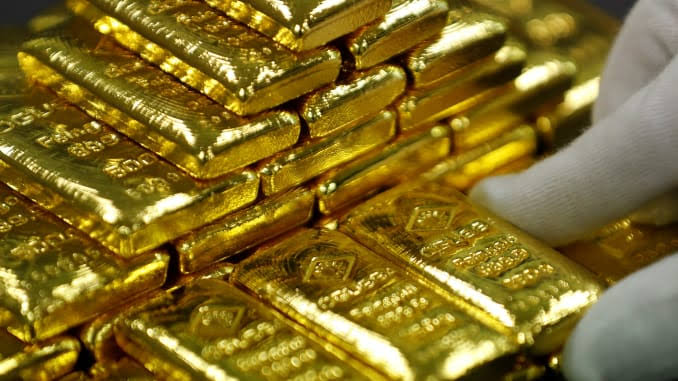 Last Friday’s United States and Iran diplomatic row which led to the killing of the Islamic republic high-ranked military personnel by the U.S has pushed Gold futures prices in the international market to a $1,600 mark, the highest in nearly seven years as investors in the precious metal are taking advantage of the uproar to raise prices of the commodity.

The political tension in the middle-east has to some extent caused a bittersweet in various global markets.

Another unnoticed factor which might have contributed to the surge is the continuous weak dollar in the currency market, the U.S. dollar dipped by 0.16 percent at 96.68 after opening with 96.90. This means that investors who trade in dollar-dominated commodity markets would have more currency to trade with.

February benchmark gold futures surged by 0.92 percent at $14.30 for $1,566.70 per ounce Monday on the Comex division of the New York Mercantile Exchange (NYME), the precious metal during trading rose $1,580 before settling to marginal gains.

According to market analysts, more days of gains for investors may continue as the uproar lingers which has created uncertainties in the markets but noted that extreme caution should be administered when bagging for the commodity as the gain may not last as expected.