DEBT IN AFRICA has become an issue and a recurring decimal. A one-off mention of it will be insufficient to bring the subject fully into perspective. The vulnerabilities of the continent in other spheres are further exacerbated by the increasing debt burden which more and more African countries now have to bear.

Unfolding events in Sri Lanka, a South Asian country, in recent years are a foreboding of what national debts could lead to at some points in time. Sri Lanka’s economy has suffered terribly, especially made worse by huge debt overhang. What started like some good gestures are beginning to manifest its untoward consequences. A country of 22 million people, Sri Lanka has been in the red as foreign reserves have dried up. It has accumulated debts beyond its capacity to pay back the principal, just as it became unable to make interest payments on the loans it took, thus defaulting on the debt of $51 billion two months ago. The government’s decision to suspend all debt payments was too little too late, even though it made efforts to restructure the country’s debt with the International Monetary Fund (IMF). The results are already obvious. The streets took over, the government of Prime Minister Gotabhaya Rajapaska was toppled in a melodramatic way after basic fast moving consumer goods and other essential commodities — including petrol — became scarce. By extension, logistics and commercial activities came to a standstill. The Debt-to-GDP ratio of Sri Lanka rose from 101.2 percent in 2020 to 107 percent in 2021. Sri Lanka’s economy shows no sign of an immediate recovery as political turmoil has taken over and anarchy could set in anytime if the temporary successor government set in place after Rajapaska’s hurried exit mismanages people’s discontent and response to the government’s poor handling of the economy. 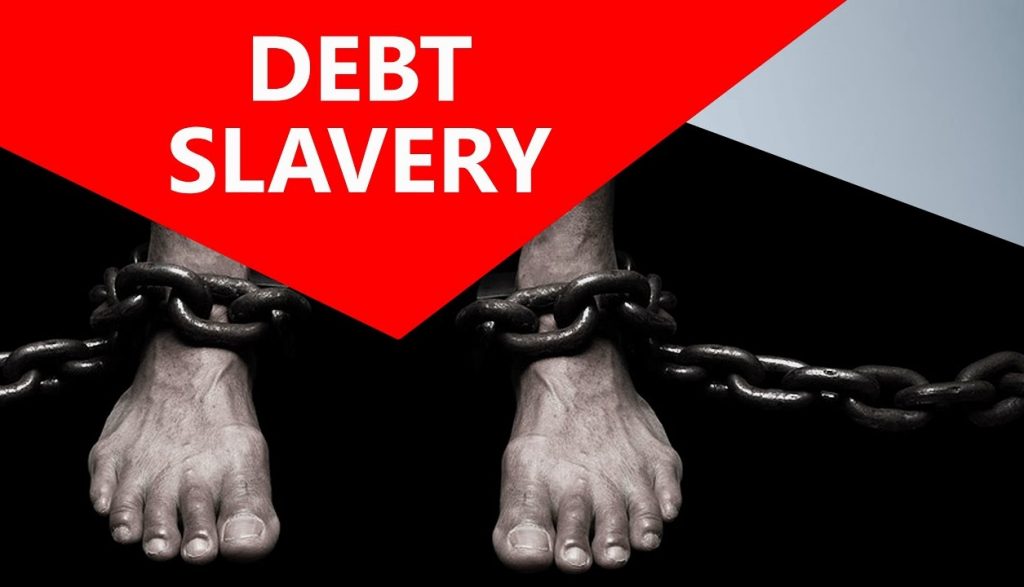 In Africa, there is a race by many countries towards the same direction and possibly same destination as Sri Lanka. In 2020, Zambia, took the lead as the first African country to default on its debts in the pandemic era, struggling with external debts that reached $17.27 billion at the end of the following year, according to the country’s government data. Zambia’s population, hovering around 18.5 million people, seems headed for social unrest and political crisis. Mozambique, its eastern neighbour, nearly twice as big with a population of about 31.5 million people, is now struggling. Its debt to GDP ratio as at 2020 stood at 119.02 percent and is now estimated at 130 percent. Libya, a country in turmoil, reportedly has as high as 155 percent debt to GDP, Cape Verde has 157 percent, Eritrea 171 percent and Sudan 259 percent. Of all these countries exceeding 100 percent debt to GDP ratio, only Cape Verde appears relatively less crisis-ridden compared to others, perhaps because of its population or because it is a small island state. Economies of Ghana, Gambia, Mauritius, DR Congo, Tunisia, Sao Tome and Principe have recorded over 80 percent debt to GDP ratio apiece. The simple interpretation is that four out of every five dollars they earn as national revenues goes into servicing debt, or paying interest on debt. The picture is grimmer in countries with more than 100 percent ratio.

Elusive hopes of recovery of these countries appear to lay in the distance. Joining the club of egregious debtor nations with greater likelihood of default is Nigeria. This month signposts a quick March or a fasttrack into the national debt crisis as Nigeria’s debt mounts under government’s fiscal indiscipline as the government generated N1.6 trillion ($3.2 billion) but spent N4.7 trillion ($9.4 billion). Within four months earlier this year, it means that the government may have borrowed N3.09 trillion ($7.8 billion) in four months to finance its budget deficit. And under a government beset with a number of social, economic and political challenges, notably insecurity, the debt profile looks set to increase and the Debt-to-GDP ratio might shoot higher than 100 percent anytime soon.

The arguments for many loans, especially from the multilateral lenders, have been in support of borrowing for infrastructure development. Some sovereign lenders have emerged over the years. The most ambitious and aggressive among them is China. Sri Lanka did a huge borrowing, on paper, under the same excuse in the Hambantota seaport project. The port that has not served its purpose well since completion in 2012 may not yet be fully functional in the foreseeable future. This was the same port that compounded Sri Lanka’s indebtedness. Valued sometime before at $1.4 billion, the port was built by the Chinese state-owned engineering company, with five loans from China Exim Bank and leased to China Merchants Port Holdings Company Limited (CM Port) for 99 years for $1.12 billion. The financing of the Hambantota seaport project has been variously described as a debt trap, which — in retrospect — has proved true to the description as Sri Lanka is now in financial and political crisis. 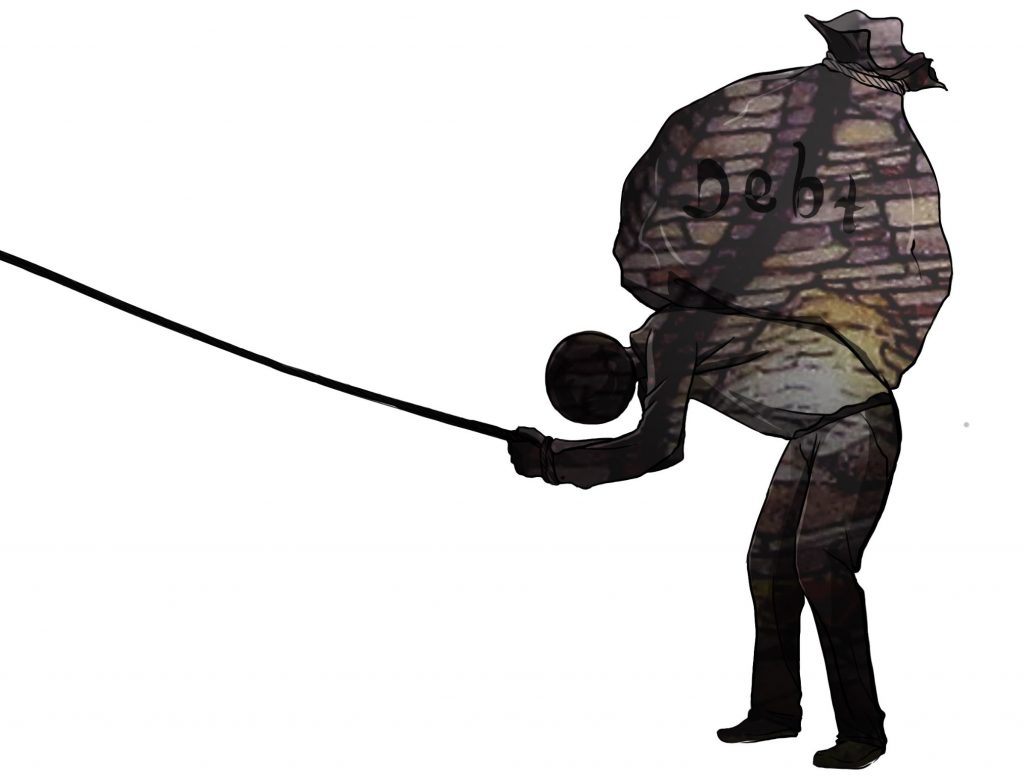 Back home in Africa, Zambia is going the way of Sri Lanka. Its external debt reportedly rose to $17 billion at the end of 2021, of which a third was owed to China, according to official Zambian government data. A recent Fitch Ratings report indicated that Zambia has not serviced the bulk of its outstanding external debt since failing to make a Eurobond interest payment in October 2020. Inability of Zambia to repay Chinese commercial lenders could prompt the Chinese government to compensate the various lenders by other means. Particularly more worrisome on the Zambian economy is the possibility of the government to surrender access to the country’s copper resources and public assets, such as the Kenneth Kaunda International airport. Some projects best described as “white elephants,” based on how cumbersome, expensive and impractical their construction have been, were the major beneficiaries of Zambia’s Chinese loans. A popular example is the Levy Mwanawasa football Stadium in Ndola, built at the cost of $65 million, with a maximum capacity of 40,000 people, but rarely attracting a crowd larger than 5,000 people. The trouble, however, is that China has been described as lacking in experience with tricky debt restructurings and with slow coordination among its public lenders. This may put Zambia’s economy in a bind. A report by Verisk Maplecroft recently warned that economic crises in many emerging economies in Africa and elsewhere could lead to social tensions in the form of protests and street riots, particularly in the aftermath of COVID-19 outbreak. At the peak of such social tension by the poor economy in Sri Lanka was the recent change of government. Zambia may not be far from a similar experience.

The fate that might befall Ethiopia or Kenya on account of heavy borrowing from China to finance infrastructure projects might seem like a mirage for now. But Sri Lanka and Zambia should provide a rough indicator and a warning post. For Ethiopia that got itself into a year-and-a-half of needless war with the Tigray region and the subsequent hostilities in Amhara and Oromo regions, a lot of economic resources and opportunities frittered away must have drawn the country back significantly. Yet these might only be used as an excuse for delay in paying back loans, not for cancelling such loans, particularly those owed to China. The desirability of infrastructure loans in Africa, particularly those from China by governments of many African states may only be helping to further the expansion of the Belt and Road Initiative rather than developing Africa.

Nigeria, another big borrower from China, has sunk deeper into debts in the past decade, particularly in the past five years as a result of fiscal indiscipline and budget deficit financing. In its plan to link the Southwestern Lagos port city to Kano commercial hub in the north, an estimated $8.3 billion was requested from the Chinese lenders by the Nigerian government. So far, only about 15 percent of this has been received. The President Muhammadu Buhari’s administration seems to be running out of patience as his regime is now less than one year before its terminal date. On the southwest corridor of the rail line, Nigeria’s government has reportedly received $1.3 billion from the China Eximbank to fund a 157-kilometre stretch, part of which is yet to be built. China’s hesitancy to release the remaining 85 percent of the rail project loan remains inexplicable. Perhaps the public outcry of Nigerians against Chinese loans led them to refrain from releasing any further tranche of the loan. Or, could the information about the impending deficit in the economy be a reason? Or the insecurity as in the attack on the rail line in Kaduna State?

Empirical and anecdotal evidence seem to be pointing in the direction of a strong link between Chinese loans for infrastructure and economic doldrums of recipient countries from the foregoing. The link might be stronger in some countries than others, especially where countries have more diversified loan portfolios. But evidence from some have shown how loans for infrastructure projects tend to become a leash around the necks of the beneficiary countries, tying them to a spot and bringing their economies down. For Africa to develop and grow beyond the present, there is an urgent need to rethink national and continental economic strategies to avoid tempting but enslaving loans in the future. It is time to have a continental strategies for dealing with this nagging problem if Africa is to avoid perpetual economic slavery.