A new perception analysis report focusing on 55 insurers operating in the Nigerian economy designed to provide some level of guidance to the insuring public and help customers know their insurers better, has placed a ‘no deal’ verdict on three, while 10 of them have been placed on ‘too close to call’ advisory.

The result of the research shows that three out of the 55 insurers examined, Industrial and General Insurance (IGI), Niger Insurance, and Standard Alliance produced a ‘No Deal’ advisory outcome from the research. 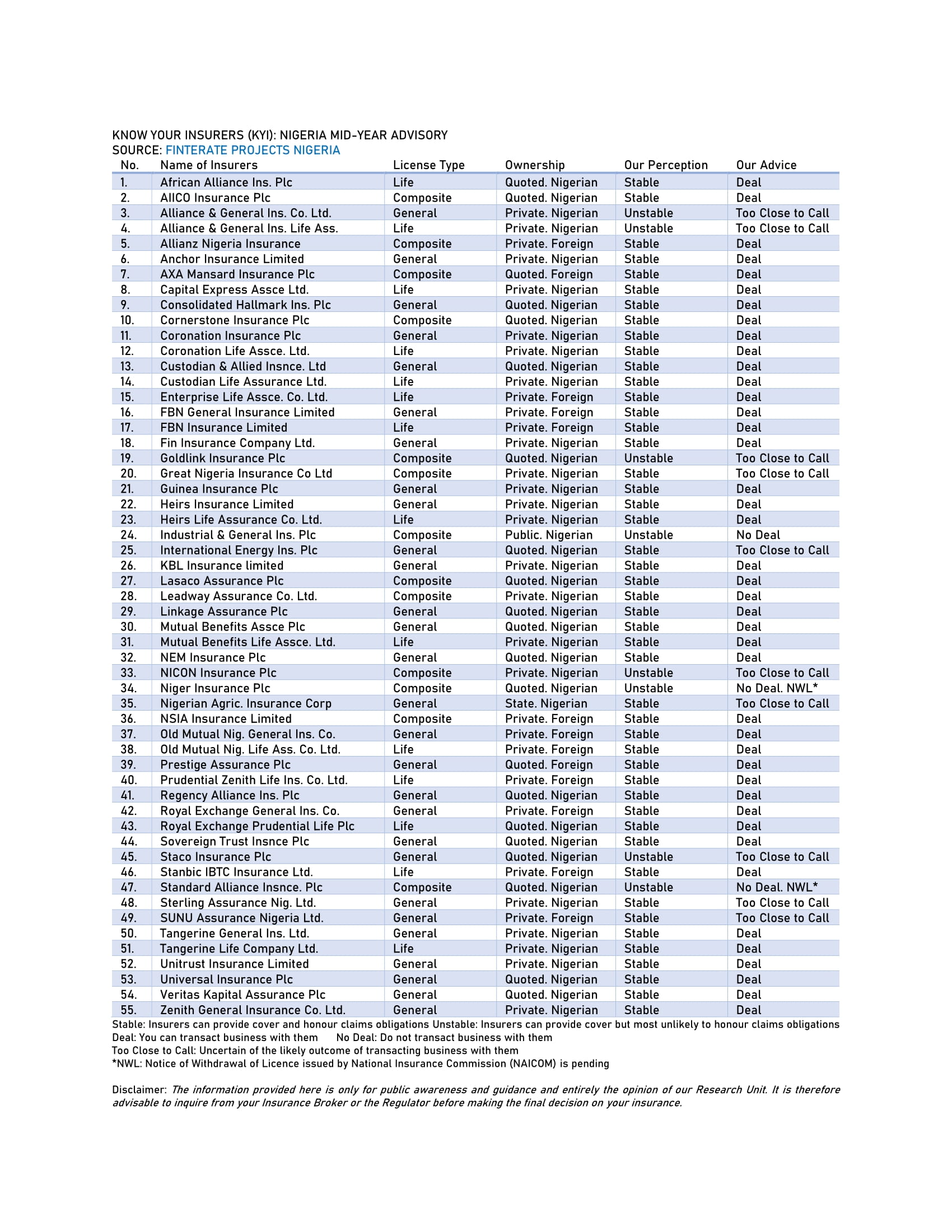 Interestingly, a perception analysis table produced by the Finterate Projects Nigeria, also shows that the 10 companies with the ‘Too Close to Call’ advisory placed on them had varying degrees of stability perception call on them.

Finterate Projects Nigeria explained that in the case of one insurer, Niger Insurance, which it placed a ‘No Deal’ advisory on, there is a pending execution of a ‘Notice of Withdrawal of Licence’ issued by the industry regulator, the National Insurance Commission (NAICOM).

Finterate said its report contained information meant only for public awareness and guidance and entirely the opinion of its research unit.

The Nigerian insurance market has long been seen as punching below its weight in an economy that is the biggest in Africa by GDP size. Many say it has never risen to general expectation and that it has failed to build genuine trust with business and individuals.

Trust issues have often come up in the payment and settlement of claims and this has made many people develop apathy towards insurance and denied many the chance of getting information on the benefits that insurance can provide.

Finterate Projects Nigeria has been a champion and advocate for insurance, providing information that can help members of the public to better understand insurance and enjoy the benefits that it can offer.