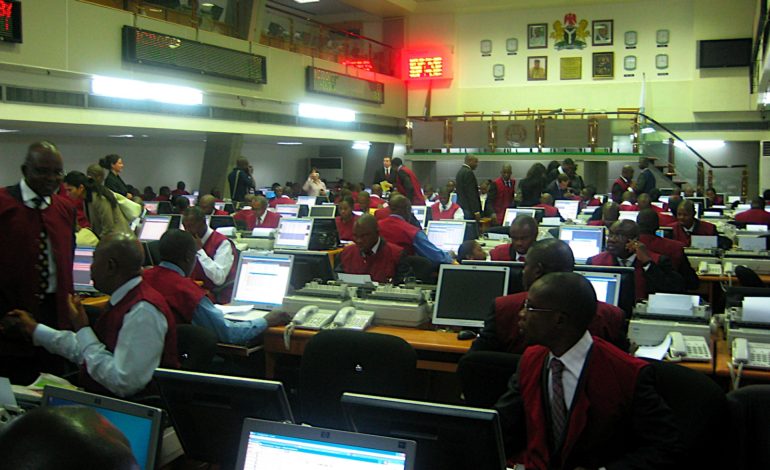 The market capitalisation of equities on Wednesday dropped below N15tn as investors recorded losses totalling N267bn in three consecutive days.

The stock market had opened the week on a bearish note, losing N39bn as the market capitalisation dropped to N15.22tn from the N15.26tn recorded on Friday.

The losses intensified on Tuesday as the market capitalisation depreciated to N15.13tn and N14.99tn on Wednesday as investors lost a further N128bn.

This dragged the year-to-date return lower to 8.5 per cent.

Similarly, activity level declined as volume and value traded fell by 3.3 per cent and 4.9 per cent to 242.76 million units and N4.59bn respectively.

Performance across sectors was bearish as four indices depreciated.

The AFR-ICT index declined the most as investors dumped MTN Nigeria shares due to price depreciation.

The banking index depreciated by 1.26 per cent as major sell pressures in GTB and Access Bank dragged the index down.

Similarly, sell pressures in Lafarge Africa Plc dampened the performance of the industrial goods index, which declined by 0.18 per cent.

On the flip side, the consumer goods and oil and gas indices gained, up by 0.39 per cent and 0.36 per cent buoyed by price appreciation in Nigerian Breweries Plc, Flour Mills of Nigeria Plc and Oando Plc.

A total of 10 gainers emerged, led by LASACO Assurance Plc, while 18 losers, led by B.O.C Gases Plc, were recorded.

Analysts at Afrinvest said with the commencement of corporate earnings releases, they believed investor sentiment would be influenced by the corporate performances.

They, however, said more profit-taking activities should be expected in the near term.