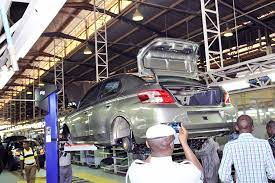 Director General of the National Automotive Design and Development Council (NADDC), Mr. Jelani Aliyu also expressed optimism that the NAIDP would be passed into law before the end of the year.
He spoke on Thursday during the 6th annual training and workshop of the Nigeria Auto Journalists Association (NAJA) in Lagos.
The DG who joined virtually reiterated that electric vehicles remains the future of automobile globally with many countries setting target for migration into electric vehicles, saying Nigeria is also toeing similar path.
The DG who spoke at the workshop with the theme, “Migration to Electric Vehicles and Gas-powered Vehicles; Opportunities & Challenges for Nigeria,” said the EV is being incorporated into the NAIDP which he assured would be passed before the end of the year.
According to him, a lot of developments like the EVs as well as gas-powered vehicles are springing up as the government fine-tunes the auto policy bill.
He said all the new developments would be incorporated in the NAIDP.
On the charging stations for electric vehicle, the DG stressed that it is not the business of the Federal Government to put charging stations across the nooks and crannies of Nigeria.
The Corps Marshal of the Federal Road Safety Corps (FRSC), Dr. Boboye Oyeyemi said migration into electric vehicles would reduce the dangerous emissions from fossil fuel vehicles mostly second hand flooding the Nigerian market.
Oyeyemi represented by the Lagos Sector Commander, Olusegun Ogungbemide disclosed that 80 percent of vehicles are second hand.
“Some of them are as old as 30 years and when they come in, we embrace them as new vehicles, we subject them to the same activities that the new vehicles are being subjected to, not minding the costs,” he said.
He said, “This migration is so important to Nigeria especially in the area of health. Many people are in the hospital in Lagos today which hitherto wouldn’t have been if our atmosphere has been so sanitized.
“The closest to it that we had in Lagos was during the lockdown when we had less vehicles on Nigerian roads. The commissioner for health testified to it when I visited him.
During the lockdown, 70 to 80 per cent of vehicles with all these emissions were erased from the system with the exception of the articulated vehicles.”