Nigeria’s National Content Development Monitoring Board (NCDMB), a 30 per cent participant in the first phase of the 5,000 barrels per day and 271 million litres of petroleum products per year Waltersmith Refinery facility in Ibigwe, Imo State, has declared its willingness to further invest in the next phase of the on-going project which is situated on the eastern flank of the Niger Delta basin. 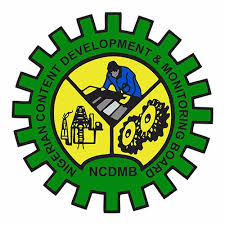 The NCDMB’s $10 million investment in phase one of the project came in as transitional equity, meaning it held the freewill to pull its funding when the project is developed, but the board so far appears to be well impressed with the first phase of the project and is willing to further commit itself to the 25,000 barrels per day Phase 2 Condensate Refinery, for which final investment decision is under active consideration.

Simbi Wabote, NCDMB executive secretary, confirmed this when he said: “Yes, we will continue, they have done what they said they would do and we are happy with them” regarding the achievement made so far on the project, and Abdulrazaq Isa, chairman of the board of Waltersmith on his part said, “Ÿes they are working with us on the second phase”.

The 25,000bpd condensate refinery is expected to utilize feedstock from the nearby ANOH Gas Processing Company (AGPC) “and some additional commercial discussions were progressed on some nearby oil and gas assets,” Waltersmith said in a briefing.

Front End Engineering Design (FEED) for the 25,000bpd Phase 2 Condensate Refinery was completed in Q1 2020. Its feasibility study was in Q2 2020 and the EPCIC Contracting process has been initiated with the delivery set at Q4 2022.

On completion, Phase 2 will deliver about 1.4 billion litres per year of refined petroleum products such as petrol, diesel, kerosene, aviation jet fuel and HFO in addition to the 271 million litres from the Phase 1 Refinery.