After two decades of existence of the Niger Delta Development Commission (NDDC) as an interventionist agency to drive quick impact development for the hapless oil region communities, constituted in 11 states, many stakeholders have demanded a complete review of its development master plan, which has been anything but impactful in the region. 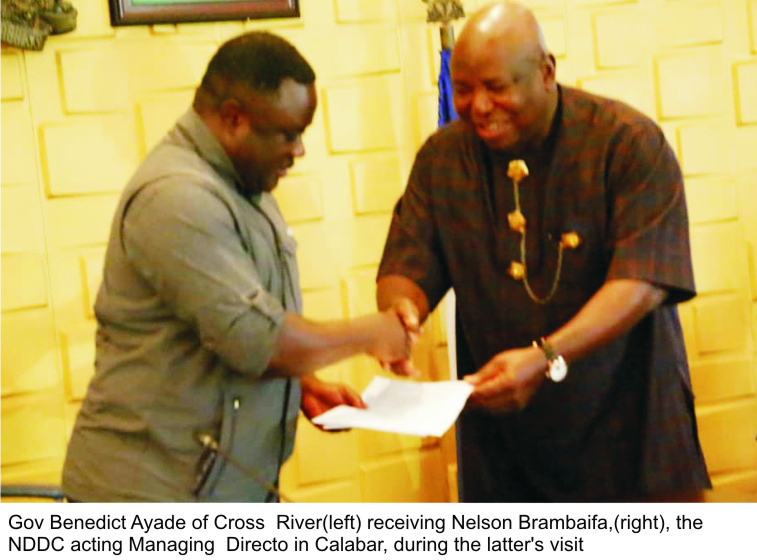 For the stakeholders, the agency must be rejigged to impact the environmentally ravaged oil communities.

The master plan, with a 2006-2020 development template in the 11 states that make up the oil region, was to build infrastructure such as roads: electricity, jetties, water, better healthcare, and opportunities for skills acquisition, employment, higher education and small-scale businesses.

But two decades on, the plan has achieved too little and made less impact.

Nelson Brambaifa, a professor and current chief executive officer of the NDDC, is rather urging all governors and important stakeholders of the Niger Delta region to “look at the Master Plan again and make it into the roadmap for development that it was designed to be.”

The Joint Revolutionary Council (JRC), a militant group which assembles a motley of militant groups in the oil region, said it “demands an immediate and total overhaul of the NDDC, and a complete removal of the current acting board members.”

Brambaifa said in Calabar, Cross State while visiting Governor Ben Ayade that the stakeholders must re-energize the master plan and revive the Partners for Sustainable Development forum as vehicles for collaboration and harmonization of development objectives.

Governor Ayade said he welcomes plans by the NDDC to review its regional development master plan; pledging to support the process.

He regretted that very little of the master plan, which was expected to last from 2006-2020, was implemented; adding that the poor performance makes it imperative to undertake a major review of the integrated roadmap for sustainable development.

Ayade further underscored the need for a comprehensive review to reflect the current realities in the states covered by the NDDC, noting that the master plan was meant to set up structures that would enhance collaboration among the stakeholders.

He appealed to the NDDC to support the government’s rice seeds and seedlings factory in Calabar, which he said was part of an agro-industrial revolution taking place in Cross River. “The NDDC has a duty to ensure that the factory survives to maximize the potentials of our people in agriculture,” he said.

The NDDC boss said that President Muhammadu Buhari had charged the commission to facilitate a stronger collaboration among stakeholders in the region, to help fulfil its mandate of facilitating the rapid, even and sustainable development of the Niger Delta.

He said Cross River was of strategic importance to Niger Delta development; stating that the commission would seek ways to forge a stronger alliance with the government and people of the state.

“The NDDC would work with Cross River State Government to resuscitate and strengthen existing partnerships, as well as find new areas for collaboration, especially in agriculture. Agriculture remains a goldmine waiting to be fully tapped, away from oil and gas. Indeed, no sector offers a greater opportunity for job and wealth creation, as well as overall improved living conditions than agriculture. Farming and fishing are the traditional livelihoods of our people and they offer us a more certain path to sustainable livelihood,” Brambaifa said.

Meanwhile, Cross River is yet to fulfil its counterpart fund contribution to a N126.508 million poultry hatchery joint venture for which it signed a memorandum of understanding with the NDDC in 2005.

The project was designed to provide day-old chicks and healthy poultry products, generate employment and create wealth among youths and women in the state.

Fourteen years down the line, the project, despite its promise, remains largely unrealized.

Also, the NDDC had completed 204 projects in Cross River, while 138 are on-going and 104 yet to commence.