…agency inaugurates township road
At least 104 projects awarded by the Niger Delta Development Commission (NDDC) are yet to take-off in Cross River State, while 138 other projects are ongoing, business a.m.  has learnt. 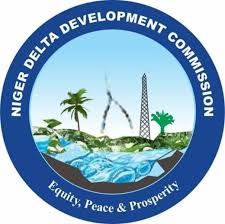 Meanwhile, the commission inaugurated only a township road, Adam Duke-Asuquo Ekpo Street in Calabar South Local Government Area, which it said, is part of emergency intervention projects in the state.
Many stakeholders have described the lone project as infinitesimal, considering that 104 other projects of the commission were yet to get off the ground in the state.
Major among the yet-to-commence projects is a N126.508 million poultry hatchery agro-based joint venture, for which the NDDC and Cross River government signed a memorandum of understanding in 2005.
The project was designed to provide day-old chicks and healthy poultry products, generate employment and create wealth among youths and women in the state.
However, 14 years down the line, the project, despite its promise, remains largely unrealized.
Nelson Brambaifa, the acting managing director of NDDC lamented that the state government was yet to honour its own counterpart fund contribution.
He assured that the commission was currently undertaking 138 projects in the state; while 204 others have been completed and delivered.
The NDDC chief executive officer said that the commission was ever ready to come to the rescue of failing infrastructure in the Niger Delta region. He assured the residents of Adam Duke Street that the concrete drainage on the project was designed to provide solution to the erosion menace that has plagued the area for many years.
He commended the residents of the area for ensuring that there was adequate security for the contractor to execute the project. He assured that the road would serve the people well and open new opportunities for business and social activities in the area.
Brambaifa, who was accompanied by NDDC acting director of finance and administration, Chris Amadi and the commission’s Cross River liaison officer Nya Edem, also inspected the erosion control works and construction of Abasi Obori Street/Ayatmo Road, and reconstruction of culvert/remedial works on Atamunu Street, Calabar in Calabar South LGA.
Edem said the road had helped to check the activities of criminals; noting that before now, the gully erosion in the area provided a safe haven for criminals. He said that the project had eliminated the erosion problem usually faced by the Abasi Obori community, as well as improve their standard of living.