Federal Government quango, the Niger Delta Development Commission (NDDC), is now locked in a financial crisis of confidence with a consulting firm over monthly payment of N1 billion to the firm known as “agent fee.”  The money is said to be three percent ‘agent fee’ paid every month by the NDDC to the consultant which collects money from the international oil companies (IOCs) on behalf of the Commission. 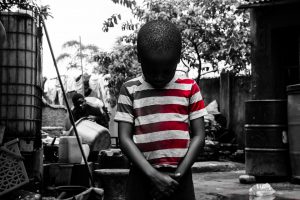 Gbene Joi Nunieh, the acting managing director and head of the newly established Interim Management Committee (IMC) of the NDDC, said the Commission has suspended the monthly payment of the money to the consultant, insisting that the Commission did not need middlemen to collect statutory funds from the IOCs due to it.

“We have a consulting firm engaged as a collection agent. We have another company that also collects 3 percent whenever money is paid by the International Oil Companies, IOCs. We don’t need a middle man to collect 3 percent for gas. The money should just be paid into NDDC accounts with the CBN,” Nunieh said in Port Harcourt in an interview with newsmen.

The action is seen by some key observers in the oil region as part of the self-cleansing move by the commission, currently riddled with alleged corruption. President Muhammadu Buhari and Godswill Akpabio, newly appointed Minister of Niger Delta Affairs, recently called for a forensic audit of the 19-year interventionist agency.

Major civil society organizations, including the governors of the member-states, have been calling for a drastic reworking of the NDDC setup, which they say, is entangled in deep contract scandals, non-performing and less-impacting projects, financial impropriety and neglect of its key mandates since its establishment in October 2000.

Checks by business a.m. indicate that scores of multi-billion-naira projects awarded in the Niger Delta region by both the Federal Government, states and the NDDC suffer from poor or inexistent monitoring and evaluation tracking system in the governments’ MDAs and NDDC’s contract system.

Last year, a United States Agency for International Development (USAID) funded regionwide assessment of NDDC projects performances in the oil region carried out by Africa Network for Environment and Economic Justice (ANEEJ) and Leadership Initiative for Transformation and Economic – Africa (LITE-Africa), showed that 89 percent of all NDDC projects assessed were either in bad shape and cannot be used, do not exist anywhere, deviated from their contract description, or not completed, but were being used by the community folks.

As a result, a total of 41.4 percent of the projects made no impact on the people, the survey said.

The USAID-funded assessment by ANEEJ and LITE-Africa showed that a higher percentage of NDDC projects demonstrated a lack of efficiency, a huge waste of resources, lack of adequate supervision of the companies the contracts were awarded to, or mismanagement of funds allocated to the projects.

Nunieh the acting NDDC managing director said that political interferences were setting the Commission back, noting that her desk was overflowing with files waiting for payments, even from companies belonging to one individual.

“How can someone have 87 companies waiting for payment?” she queried. She said that in spite of the claimed political interferences, she was not going to compromise. “That is why I have suspended the contract of a collection agent. We are no longer going to pay anyone N1 billion every month. That is wicked. That money can put mono pumps in rural communities in the Niger Delta. It can buy books and set up primary health centres. The three percent for a consulting firm is over. That is why we are under pressure. But I laugh because those who live in glass houses should never throw stones,” the acting MD said.

She wants Niger Deltans to stand up to protect their region. “What is happening is very embarrassing. We must all get up and know that these people have taken our commonwealth.”

The NDDC boss said that things were beginning to look up as many contractors have gone back to site since she assumed office as MD. “We have about 57 contractors that have gone back to the site. I am encouraging everyone to go back to the site so that things will be done properly. Those that actually execute their contracts will be paid,” she assured.

Nunieh said that the NDDC would make sure that everything ran smoothly in the course of the forensic audit ordered by President Buhari; affirming that the audit would be deep and detailed, which is why she said there was panic in certain quarters.

The acting MD said she was focusing on rural development, by trying to quickly get water to every village via mono-pumps before long, using existing infrastructure. Also, the Commission would carry out an epidemiological study in the Niger Delta to find out the prevalent sicknesses in the region and see what could be done.